Jan Cafourek, Emnet Mulugeta and Henrik Eklundh share insights on the challenges of showing a hero’s journey and rags to riches story while hinting at the larger scope of the game’s world. 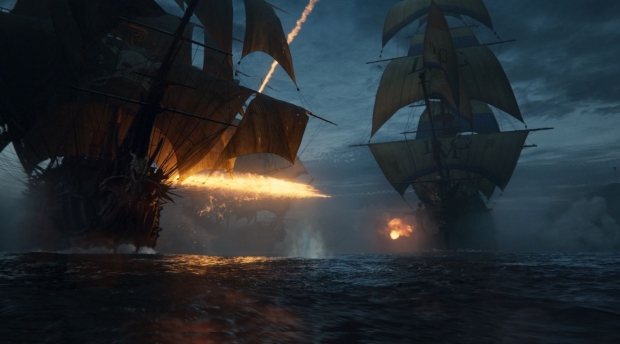 VFX studio Goodbye Kansas has shared their work creating the cinematic trailer for Skull and Bones, Ubisoft’s upcoming action-adventure video game slated for release on November 8. It tells the rags-to-riches story of the game’s destitute protagonist as he finds his way from the streets of Boston, overcoming adversity and swashbuckling his way to becoming a pirate lord in the Indian Ocean.

“After a great collaboration with DDB Paris and Ubisoft on Assassins Creed: Valhalla in 2021, we were given the opportunity to pitch on the release trailer for Skull & Bones,” shared Goodbye Kansas executive producer Jan Cafourek. “We understood from the start that DDB and Ubisoft were looking for something exceptional, and we eagerly accepted the challenge.”

The VFX studio worked closely with DDB and game developer Ubisoft Singapore to find the correct context, tone, and tempo of the narrative and flesh out and develop the protagonist. The story spans oceans, continents, and time, presenting the challenge of showing the hero’s journey, his rags to riches story while hinting at the larger scope of the game’s world and its possibilities. “We have a great team here at Goodbye Kansas, and we’re constantly pushing ourselves to become better and create beautiful and engaging imagery,” noted VFX supervisor Henrik Eklundh. “Our digital human characters are some of the best in the business, and we feel we pushed the boundaries with the protagonist but also expanded our capabilities within FX simulation and Houdini integration.”

The team was eager to work on the story’s visual effects, which included different environments, including sea locations, water, storms, and sea battles.

“My favorite thing about this project was the simulations in the combat shots,” said Eklundh. “The flamethrower from our main ship cast its fire around 120 meters to the opposite boat. That looked incredible.”

Director Emnet Mulugeta enjoyed working with the actor portraying the protagonist, David Nzinga, noting, “It was a real treat working with an actor like David who could bring out the character through subtlety that suited the part. It helped us convey the character’s emotional journey naturally and truthfully.”