Golden Wolf Sinks its Teeth into US Market with Blacklist

Design and animation studio Golden Wolf heads to the US as it joins Blacklist’s growing roster of talent. 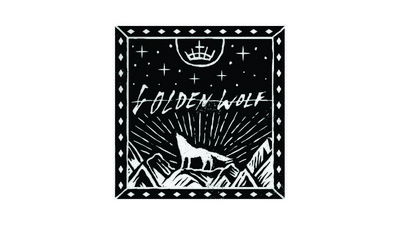 NY Based production company Blacklist has signed design and animation studio Golden Wolf to it’s growing roster of talent.  Based in London, and now with a home on New York’s Lower East Side, Golden Wolf is known for their design-driven body of work. They specialize in 2d, 3d, Mixed Media, and Motion Graphics projects.  The studio is sister company to well known design firm, ilovedust.

“We're longstanding admirers of what Adina and Andrew have built at Blacklist,” says Golden Wolf partner and creative director Ingi Erlingsson. “They share our passion for outstanding work---and the high standard of directorial talent already on their roster makes them the perfect partner for Golden Wolf. We're growing quickly and constantly expanding our horizons, so it feels like the perfect time to team up with Blacklist in the US.”

The first project out of the gates for the new partnership is a package of spots for the NHL, via NY agency Brooklyn Brothers.  The spots will be a high energy mix of live action footage, dynamically animated typography, and motion graphic elements.

“We love the work that Golden Wolf has been doing, and are thrilled to add them to our roster”, says Andrew Linsk, who along with fellow EP and Managing Director Adina Sales run Blacklist. “Both Adina and I have been watching the studio grow over the last few years, and we feel that they are very well poised to make a big splash in the US market.  We think agencies and brands over here are going to respond very well to their highly creative and diverse body of work.” Linsk also noted that the recent work that the studio did for RDIO, a mix of live action and puppetry, underscores their diverse offering, and makes them a particularly attractive signing.