The nominees for the 15th annual Golden Trailer Awards, which honors the best in motion picture trailers and marketing, are announced. 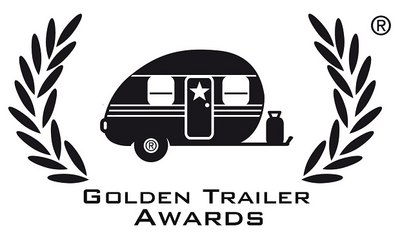 The Golden Trailer Awards, the entertainment industry's best and most fun-filled celebration devoted to the year's most outstanding achievements in motion picture marketing announced the nominees in the 15th annual competition that has emerged as one of the most anticipated events acknowledging the work of film marketers and companies that create movie trailers, commercials and posters worldwide.  Evelyn Brady-Watters, Golden Trailer Awards Executive Director, announced the 2014 nominees along with the show's executive producer Monica Brady.  The event will take place on Friday, May 30 at the Saban Theater in Beverly Hills.

The Golden Trailer Awards are presented to nominees in 70 diverse categories that range from serious to lighthearted, including Best Summer 2014 Blockbuster Trailer Award,  Trashiest Trailer, Most Romantic Trailer, Best In Show, and the Golden Fleece Award, the statuette that goes to the best trailer for the ‘not best’ movie.  Only 17 of the top honors are presented "live" on stage at the celebratory show, which routinely sells out.

This year's competition drew a record number 1,364 total submissions, up over 160 from last year. The awards recognize the best of the best in the world of developing and creating the most memorable marketing materials, including the most impactful movie trailers in the business.

Warner Bros leads this year's nominations by studio with 51 for films including Gravity, The Lego Movie, Godzilla, and The Hobbit: The Desolation of Smaug, among others. In second place by studio is Universal (including Focus Features), with a combined total of 32 nominations for work on projects including A Million Ways to Die in the West, Lone Survivor, The Purge and Despicable Me 2, among other titles. 20th Century Fox and Fox Searchlight's marketing teams combined for 31 nominations for their work on films including The Secret Life of Walter Mitty, Rio 2, and How To Train Your Dragon 2 (Dreamworks), among others. Lionsgate received 30 nominations and Disney rounded out the top 5 with 23 nominations.

On the agency side, Ignition Creative worked on 52 of this year's nominees (8 Trailers and TV Spots and 43 Poster nominees)  Trailer Powerhouses: Buddha Jones earned 24 noms, AV Squad tallied 23, and Trailer Park has credits on 18 nominees. Aspect ratio and Zealot Productions rounds out the top 5 vendors with 13 nominations each.

Celebrity and industry judges participating in this year's awards show include Chris Buck, the co-director of the blockbuster animated smash Frozen, Adam Driver, who was recently announced as a member of the cast of the new Star Wars feature and is a series regular on HBO's hit series Girls, Doug Ellin, creator of the HBO phenomenon Entourage, film and television actress Debi Mazar,  Raising Hope star Garret Dillahunt,  Divergent director Neil Burger, and Snow White and the Huntsman writer Evan Daugherty, among many others.

Explained Brady-Watters, "Any movie marketer will tell you, the most important part of their campaign is a powerful or memorable trailer. It is one of the key defining factors when it comes to teasing and influencing audiences as they make their decision to attend a movie on opening weekend or not. Just a few short years ago, trailers were experienced exclusively in theaters. Today, they are stand alone entertainment experiences that are eagerly anticipated in theaters even as they drive billions upon billions of streams online to countless film fans all across the globe. This event is dedicated to celebrating, recognizing and rewarding the extraordinary and talented artists, editors, executives, and visual effects and animation wizards who work so tirelessly to market their film magic to audiences worldwide. "

Advertising in Theater & On Screen