Los Angeles-based production/post-production studio adds multifaceted director and creative director whose work has been featured around the world to its talent roster. 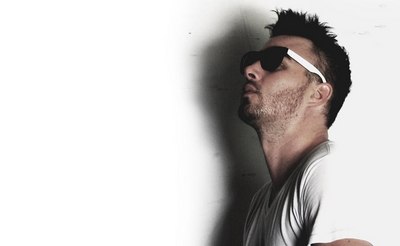 LOS ANGELES -- Production/post production studio, Golden, has announced the addition of multifaceted director Justin Harder to their roster. Harder is a versatile maker who possesses an invaluable background in design; he will serve as both a commercial director and a creative director at Golden, and will continue to helm both the animation and live action spots that he has become well known for. Harder’s aesthetic and creative range dovetail perfectly with Golden’s expansive vision: like Golden, his capabilities as an artist are impressively diverse while remaining of the utmost, cutting-edge quality.

Born in Chicago, Harder first studied graphic design at the Art Center College of Design in Pasadena. His work has been featured in myriad publications including IdN, Print Magazine, GQ, and Stash, as well as at global festivals such as the OneDotZero, Verdopolis, 20/120, Nike "Art Of Speed," YWFT, Tekko, and the Exquisite Corpse Project. Harder has previously been repped by PRETTYBIRD in addition to a number of European companies.

Harder is currently most renowned for his motion graphic and live action spots, however he continues to draw and derives deep satisfaction from designing a good logo; over 40 of his original designs are showcased in TASCHEN’s Logo Design Vol. 2. Harder brings this instinct and talent for design to all his work, including directing. Harder approaches motion projects with an artful eye and a fastidiousness for detail. Recently, Harder designed and animated a vibrant montage to capture “The Story of Millennials” for Hulu.

Harder has spent months on evocative pencil drawings and created full-scale props. “I’m into the mechanics of things,” he commented, “I don’t always rely on computer graphics to give the work a personality, to bring it to life. I live by the credo ‘Make Something Everyday and Make Everyday Something,’ and if that means getting down and detailed, I’m in. It’s all about making something innovative, something exciting.”

Golden’s multidisciplinary approach, which fuses high-end live action production, design, animation, and visual effects, appeals to Harder, as does their tight-knit, highly curated creative team. “It feels right to be part of a highly selective roster,” added Harder. “While having the support of a larger studio with more 3D and VFX firepower. I’m here because my work really aligns with Golden’s vision and needs.”

Founders Matthew Marquis and Jake Banks agree. Banks, who also vacillates between director and creative director, remarked, “Harder gets it. We launched this company in response to a changing industry model, to create a studio that could provide everything from concept to design to finishing, and that is exactly the model that Harder has created for himself.”

“Design, animation, live-action: he’s malleable and evolved, and that multidisciplinary approach is exactly what we’re providing. This is a polymathic studio of polymathic creatives. We’re thrilled that Justin is one of us,” concluded Marquis.