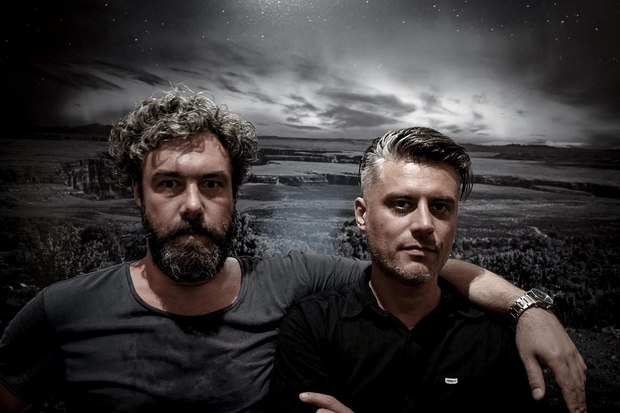 Los Angeles-based multidisciplinary studio Golden announced the addition of European directing superpower Wolfberg. The visionary Prague-based team, composed of Jan Kalvoda and Premek Ponahly, combines its talents to save commercial filmmaking from the evils of mediocrity, facelessness and boredom. No, really.

Together Ponahly, a former art director, and Kalvoda, an award-winning director and copywriter, flex an unconventional creative muscle that elevates advertising into art. Working with international agencies such as Leo Burnett, Euro RCSG and Y&R, Wolfberg has proven to be a dynamic force in the global ad scene, sought after by brands like Google, McDonald’s and Nescafé.

Wolberg’s stroke of genius often combines different filmmaking mediums and methods, such as in-camera effects and stop motion animation, into one mesmerizing mix of visual artistry. Recently they brought their intricate blend of CG-design and live action to tap into the viewer’s instinct to “Never Stop Hunting” for Jägermeister’s “Let The Ink Flow” campaign, while their earlier pairing of live action and stop-motion for the Budweiser/Budvar spot “Dark” exceeded filmmaking expectations, leading the pair to take home a Golden Drum.

Matthew Marquis, Golden Co-founder and Executive Producer, is thrilled to have the duo on the Golden team, saying, “I love that they are totally committed to the idea and to finding the best possible creative solution to serve the story, whether it’s in-camera, CG, or stop-motion. Their sense of invention combined with a unique tone and aesthetic makes their work truly stand out. Wolfberg is an amazing complement to Golden’s creative sensibility and to our ability to ideate and finish in-house.”

Golden is a multifaceted studio founded by Marquis and director/creative director Jake Banks. A collective of live action directors, designers and visual effects artists, Golden balances innovation and experience in every facet of the production process.