‘Golan the Insatiable’ to Premiere on FOX May 31 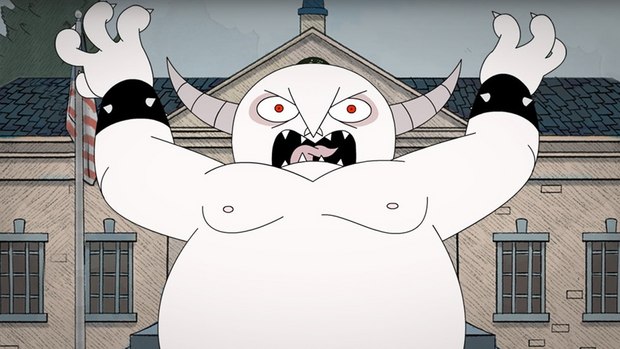 New half-hour animated comedy series Golan the Insatiable’ will premiere on FOX on Sunday, May 31.

The comedy follows a mighty godlord (Rob Riggle, 22 Jump Street) from an alternate dimension who arrives in Oak Grove, MN, where his only friend is a macabre, nine-year-old girl named Dylan (Aubrey Plaza, Parks and Recreation), who constantly urges him to wreak havoc on her town. The new animated comedy is inspired by the quarter-hour installments that aired on ANIMATION DOMINATION HIGH-DEF’s late-night Saturday programming block.

Golan the Insatiable was created by television newcomer Joshua Miller and developed by Matt Silverstein (AXE COP, Drawn Together) and Dave Jeser (AXE COP, Drawn Together). Nick Weidenfeld and Hend Baghdady serve as executive producers, alongside Silverstein and Jeser. Miller serves as a co-executive producer. The series is produced by Weidenfeld’s Friends Night, in association with Double Hemm.

ANIMATION DOMINATION HIGH-DEF is led by Weidenfeld and Baghdady and continues to develop and oversee production on quarter-hour series, which currently air on FXX.