Golaem introduces the Layout Tool, a post-simulation edition tool based on Autodesk Maya manipulators in the new release of Golaem 5. 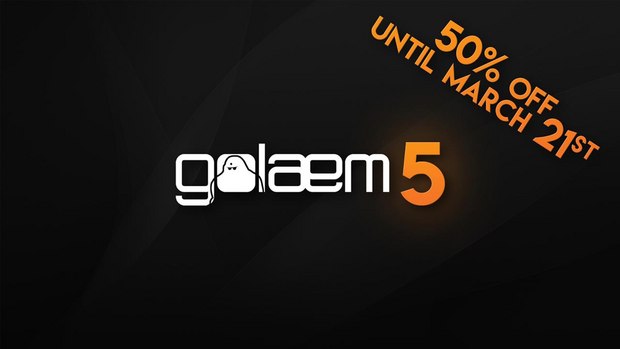 RENNES, FRANCE -- Golaem, widely used in the visual effects industry for animating massive scale scenes, such as tens of thousands of supporters cheering for you in Guitar Hero Live, or huge armies fighting for the control of the Seven Kingdoms in Game Of Thrones, has announced the introduction of the Layout Tool.  On top of facilitating the retake workflow for these kind of scenes, the new Layout Tool helps artists to populate smaller scenes where little to no AI is needed, but artistic control is key.

Golaem 5 enables artists to take control of their simulations results and modify them in a post-simulation step without going back to square one.

“Getting the last 10% of a shot right can take 90% of the time. It is especially true with crowd simulation,” commented Nicolas Chaverou, Golaem Product. “Being able to edit simulations results is a game changer, as it enables artists to immediately answer supervisors’ or director’s requests. Before, artists had to go back to the beginning of the workflow to move a character a bit, simulate, re-export everything. All this without even being sure if the modification will be validated or not. Now they can just select a character, translate it left, and it is done! They can see the result at once thanks to Golaem advanced viewport previsualization.”

A quick overview of the Layout Tool features can be seen in these videos:

Simulated Characters can be transformed simply by using the Maya translate, rotate and scale tools and duplicate / kill functions. Artists do not need to care about snapping characters to the ground as it is still automatically done by Golaem. To add variations, the characters’ props and shading can be randomized or manually hand-picked using the Character Palette.

Animation can be offset in time or have its speed increased/decreased. Artists can then easily match their characters timing with an external element or add animation variations on duplicated characters. Artists can also quickly edit postures directly from the simulation layout tool, or import a complete character skeleton to manually animate it.

Because the Layout Tool works as a layer on top of the simulation, it is very quick and all modifications are cancellable or customizable at any time in the History Stack. To facilitate its adoption in studios workflows, the Layout Tool is also available as a separate product called Golaem Layout. Golaem Layout is a cheaper version of Golaem, stripped of simulation capabilities, and allowing users to visualize and edit existing characters’ simulations results.

This new product will allow studios to envision a different work organization and workflow when dealing with digital extras. Artists from other departments (e.g. lighting, fx…), or partner studios, can now get a full previsualization of the simulated characters directly in their viewport without the need of a full license. Senior artists can focus on creating simulations, while new or junior artists will layout shots and perform retakes. A single walking soldier can quickly be duplicated and modified to get a full walking army in formation. Last but not least, Golaem Layout enables studios to build a simulations library and quickly reuse them. For example, a few casual passers-by can be loaded and re-positioned to populate streets in different projects.

To celebrate the launch of Golaem 5, both Golaem and Golaem Layout rental licenses are available with a 50% discount until March 21st. For more information, please visit the Golaem website.