The cute, lovable, but violent characters, Gloomy and Pity, jump from the toy shelf to the screen in new animated series; set to air on Tokyo MX station in Japan, global fans can check out the episodes on Gloomy’s YouTube, Twitter, and Instagram. 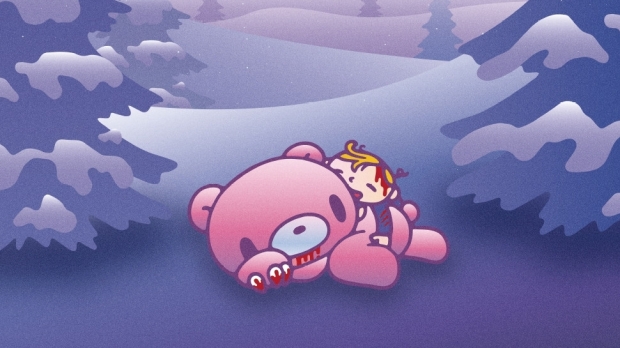 Gloomy the Naughty Grizzly will make his animated debut with a new TV series set to air April 12. Originally created by Osaka-based artist Mori Chack, “Gloomy Bear” first debuted as a character in 2000.

The appeal of Gloomy and Pity’s unusual relationship – full of cuteness, violence, and surprising emotional depth – led to a wave of Gloomy merchandise and high-profile collaborations in Japan. Since then, Gloomy has built a large worldwide base of devoted fans.

The new anime series is set to begin broadcasting every Monday at 12:57 am starting April 12 on the Tokyo MX station. Episodes of Gloomy the Naughty Grizzly will also be shared globally via Gloomy's SNS, including YouTube, Twitter, and Instagram.

Koichi Yamadera (Spike Spiegel in Cowboy Bebop) has been cast in the lead role of Gloomy, while Natsuki Hanae (Tanjiro Kamado in Demon Slayer) has been cast as Gloomy’s young owner Pity.

A special episode, featuring a chat between Gloomy Bear creator Chack and voice actors Yamadera and Hanae will air one week earlier on April 4.

Gloomy the Naughty Grizzly is directed by Kubotabee; series composition and animation direction is by Chack; the screenplay is by Meg Yagi and Manami Morotome; the 3DCG directors are Kunihiko Mita and Yumiko Abe; art direction is by Hitomi Sato; and cinematography is by Takumi Yoshida and Toshikazu Kuno.