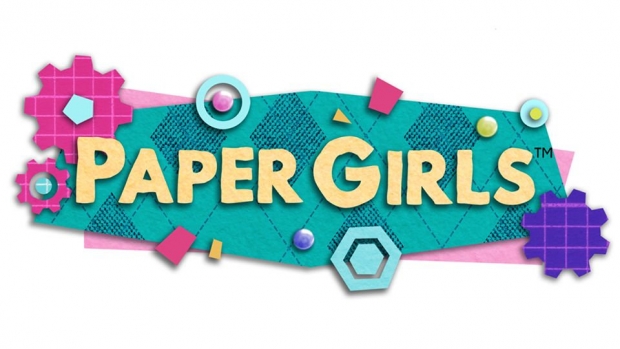 Start with two best girlfriends who are also “inspo” (for inspiration) buddies, add fun challenges in science, technology, engineering, art and math (STEAM), combine them with a magical land made of paper and what do you get?

“Studies show that at age 6 girls start losing confidence in their own intellectual capabilities and avoid activities for ‘really smart kids,’” explained Global Tinker creative producer, Olivia Levenson. “We want to negate these silly stereotypes that boys are more skilled than girls and inspire girls’ critical thinking and creative problem-solving skills. To us, that is what 21st Century preparedness is all about.”

Each of the 12 clever and colorful short episodes in The Paper Girls Show Season 1 presents a new STEAM-related dilemma. The first six shows launched May 8 and an additional episode will appear each week for the next six weeks.

Set in locations such as the local makerspace/bookstore, The Paper Girls Show tells the story of pals Caily and Reese, who find ideas for their inventions in the “real world” and in Confetti, a secret world where everything and everyone is made of paper and imagination runs wild. The characters encounter obstacles from “fashion emergencies” to environmental issues. Solutions involve 3D printing, paper circuitry, wearable tech, and more, as the girls conceive and produce solutions including glow-in-the-dark clothes, a fingerprint security scanner and a drum set made from paper and conductive ink.

Dr. Natascha Crandall served as the series’ educational consultant, while Boston-based FableVision Studios wrote the scripts and produced the visuals.

“Graphic 2D design elements blended with a simulated cut-paper animation technique come together in The Paper Girls Show, artfully echoing the kind of innovative chemistry that Reese and Caily embody in each episode,” noted FableVision’s VP of creative and series showrunner, Tone Thyne.

“It was important to us to have a show about two girls who aren't defined by romantic relationships and materialism, which is a lot of what we see in popular entertainment,” added FableVision's creative director and head writer, Leigh Hallisey. “Caily and Reese are smart, funny, and kind, but not overly earnest. They have problems and flaws to which our audience can relate. Basically, we asked ourselves, if Tina Fey and Amy Poehler were animated teen BFF's obsessed with STEM and snacks, what would that look like?”

Global Tinker partnered with Brooklyn-based STEAM camp company and magazine “Curious Jane” to produce Paper Girls-inspired DIY videos that bring the themes in the animated series to life, step-by-step, through paper and STEAM-related crafts. PDF guidelines for the projects can be downloaded from The Paper Girls Show website. In addition, Global Tinker worked with Taro’s Origami Studio to design origami projects and videos requiring a simple single sheet of paper.

“We specifically selected paper, a ubiquitous, affordable and environmentally friendly material, as the creative medium at the heart of the show,” commented Global Tinker CEO, Sep Riahi. “With The Paper Girls Show, children from New York to Nairobi can have a similar experience for little or no cost. It is our hope that in the very near future, children from all corners of the world will share their creations with other children, thereby learning more from each other’s cultures.”

Multi-language adaptations of Season 1 are already in the works.

Global Tinker’s goal is to motivate girls to go from watching The Paper Girls Show to actively creating those projects – becoming problem solvers and “makers,” rather than just viewers and consumers.

“We’re very aware of the disadvantages of too much screen time in modern society,” added Riahi. “It is our hope that we can strike the right balance between digital entertainment and physical construction so that each six-minute episode of The Paper Girls Show will inspire 60 minutes of real-world making.”

Unlike other kids’ animated shows meant strictly to amuse, The Paper Girls Show is carefully crafted to educate at the same time.

“It’s the thinking girls’ alternative to much of the digital media that kids experience today,” remarked Levenson.