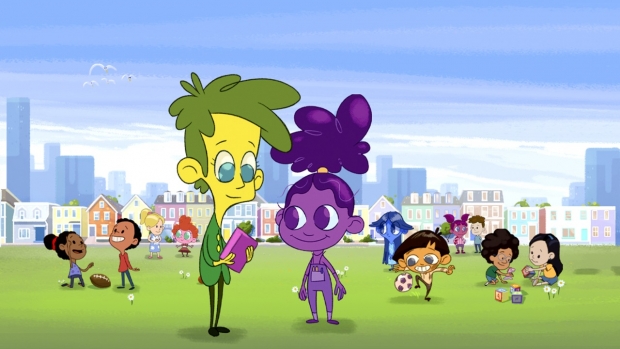 “Our studio has always prided itself on creating meaningful content for young children, while we love pure comedies, it was time to greatly ramp up our fun and educational preschool slate,” shared Tina Ouellette, CEO Global Mechanic. “Plus, we know that great ideas come from strong partnerships, which is why we have teamed up with some amazing companies and highly imaginative creators.”

Here’s a rundown of the new development slate and creative partners:

Wolf & Button: (co-developed with GBH Kids and co-created by Kathy Waugh and Glen Berger) An animated series for adventurous kids who aren’t yet old enough to cross the street. It’s about two best friends in the world and how the world looks and feels to these two little kids.

Oddly Kids: (created by Montreal-based writer Angela Goulène) The animated series focuses on things like autism, ADHD, and anything that can make a child appear different - but presented in a kid-friendly way through the eyes of a brother and sister duo, Jonathan & Trixie. Kids learn about the differences between children, with a message of inclusion ending every short story. The idea is to show that the Oddly Kids and other children aren’t so different after all.

Shy Willow: (in partnership with New York’s MiMO Studios and based on the popular book property by Cat Min) The animated series transports kids to a magical world where everyone works together to make dreams and wishes come true. Willow, a shy rabbit who lives in an abandoned mailbox, and her friends have one thing in common: the ability to make dreams and wishes come true for the children in the town.

What On Earth: (created by four-time Emmy award-winning writer Lynn Brunelle) An all-new preschool series that imagines Earth as an actual character who decides to start posting on social media. Earth has a lot to say, and she shares her inside scoop on the wild and wonderful things that call her home. The animated series features live-action cutaways.

Junior Explorers Club: (A collaboration with Stone House Productions and created by Cheryl Carlesimo) The show aims to inspire “Junior Explorers” to appreciate their local libraries & discover a panoply of cultures. Ada, the friendly librarian, has traveled the globe and brings her well-worn scrapbook to share culturally specific animated folktales, providing an imaginative portal to the world near and far.

Cup + Pup: (Global Mechanic’s in-house creation by Ouellette and Bruce Alcock) The animated series for kids ages 3-5 teaches that a little help goes a long way. It shows how kids can make big changes in their neighborhoods through small acts of kindness. In the show, best friends Cup and Pup, alongside their caregiver Granpa Phil, approach every day as a new opportunity to learn to be good citizens.

“As we continue to see our original content business grow with funding, TV development deals, and strong broadcast interest, we are now in a strong position to get projects over the finish line and into production,” added Eric Y. Lapointe, Director of Development, Global Mechanic.