Global Broadcasters All Aboard for New ‘Thomas & Friends’ Series

Show will air on long-standing broadcast partners in Australia, Mexico, Brazil and Germany. 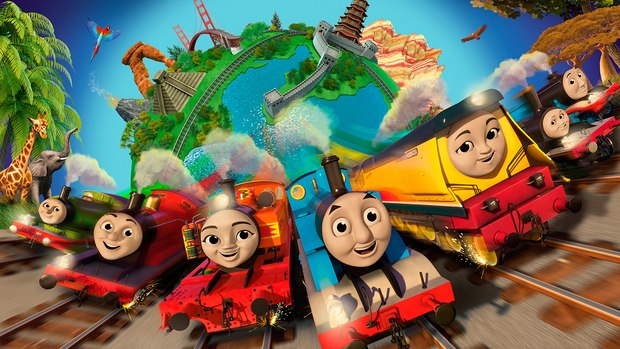 The deals include broadcasters ABC TV (Australia), Televisa (Mexico), TV Cultura (Brazil) and Super RTL (Germany). Thomas & Friends recently debuted on the Nick Junior channel in the United States as part of a new television and consumer products partnership between Nickelodeon and Mattel.

Thomas & Friends: Big World! Big Adventures! debuted at the 2017 MIP Junior World Premiere TV Screening to critical acclaim. The revamped show, sees iconic blue engine Thomas traveling farther than ever before, taking kids on a journey of wonder and curiosity as he adventures around the world to discover and learn about new countries and cultures. The show has a more contemporary feel, a brand-new theme tune and a refreshed Steam Team to include three girl engines and three boy engines, and Thomas. This all-new format series also will feature faster-paced action, more humor and music, new international friends and animals, and exciting fantasy elements.

Australia and New Zealand are set for a national theatrical launch for Thomas & Friends: Big World! Big Adventures! The Movie ahead of the TV series premiere on ABC, a long-time partner and supporter of the Thomas & Friends franchise.

“The show is undergoing a huge evolution to ensure that it remains competitive for today’s audiences with increased level of energy, excitement and humor that today’s audiences have come to expect in premium entertainment, whilst ensuring all the favorite characters and storylines that fans love, remain at the heart of the action,” says Kate Schlomann, VP and general manager for Thomas & Friends. “Securing these valued broadcaster partners from around the world is a testament to the quality and development of the content, and another step in our brand franchise strategy to captivate new audiences. It’s certainly a big year for Thomas & Friends!”