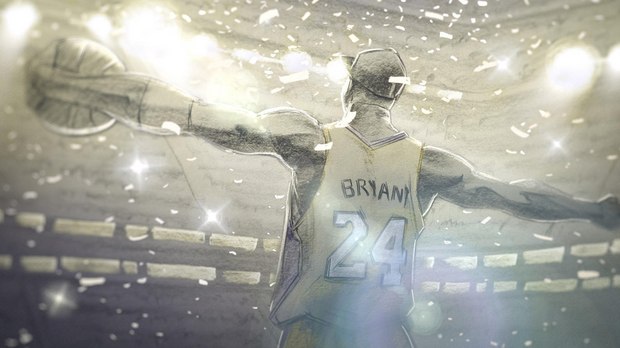 NEW YORK -- Verizon’s go90 in partnership with Granity Studios and Believe Entertainment Group launched Dear Basketball today on go90 and across Verizon’s Yahoo Sports, AOL and Complex platforms. The film is a five-minute animated version of Kobe Bryant’s poetic ode to the game, which generated 50 million views worldwide when first published on The Players Tribune in 2015.

“Verizon’s go90 welcomes an array of creators, from icons to up and comers, providing them with a flexible canvas on which to share their stories,” says Ivana Kirkbride, Chief Content Officer for Verizon’s go90. “On the heels of its Academy Awards shortlist inclusion for Best Animated Short Film, the piece is a delightful new addition to our sports and entertainment offering.”

Dear Basketball offers fans a chance to hear Kobe speak directly to the game he loves. Keane, the creator of some of Disney’s most beloved characters, provides a magical animated window into Kobe’s defining moments set to an expert score from musical master, John Williams, responsible for some of the most acclaimed movie soundtracks of our time. Believe Entertainment Group, Co-Executive Producers of Dear Basketball, forged the distribution partnership with Verizon’s go90.

“Dear Basketball is a story about the child within all of us, having dreams and loving something so much that you know when it’s time to say good-bye. Glen Keane and John Williams are masters of their crafts and bring a raw emotion to this story that I never thought possible,” says Bryant. “We created this film with the sincere hope that it resonates with and inspires fans of all ages, in all walks of life, to be the best version of themselves. Being able to present the short on go90 and across many of Verizon’s media brands gives more people an opportunity to see the film and be inspired.”

Watch Dear Basketball now on go90, Yahoo! Sports, AOL and Complex and get an exclusive look at the making of the film with a 22-minute documentary exclusively on go90.