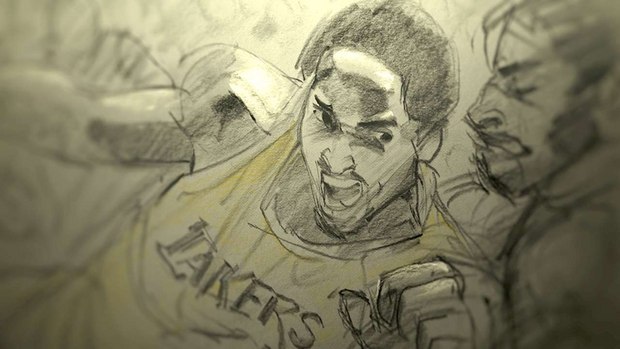 Organizers of the Annecy International Animated Film Festival have announced that Disney feature animation veteran Glenn Keane will deliver a keynote address, “Thinking Like a Child: Embracing Change in an Ever-Evolving Art Form,” at the 2017 edition running later this month in France.

A 38-year veteran of Walt Disney Feature Animation, Keane created some of the most beloved Disney characters of all time, from Ariel to Tarzan. In 2012, he departed Disney to begin Glen Keane Productions as a way to further his artistic explorations in animation, design and film, partnering with Google Spotlight Stories on the interactive short film DUET.

The animation master will share his journey of merging art and technology throughout his career and how the animation medium has evolved over the years. He will close his presentation with a screening of his latest film, Dear Basketball, a collaboration with two legends, basketball star Kobe Bryant and Oscar-winning composer John Williams.

The keynote address will be held at 7:00PM on Tuesday, June 13 at the Bonlieu Petite Salle. Eric Coleman (Walt Disney Television Animation) and Kristine Belson (Sony Pictures Animation) will also be in attendance.

Other highlights for this year’s edition include WIP screenings of Polygon and Toho’s forthcoming animated Godzilla feature with directors Kobun Shizuno and Hiroyuki Seshita and Little Vampire with director Joann Sfar and producer Antoine Delesvaux, as well as The Breadwinner, Wish Dragon, Zero Impunity, and more. The full program is available now on the Festival website.