Virtual production specialists announce private betas for two key solutions -- DragonFly and BeeHive -- for Unreal Engine, Unity 3D and Autodesk Maya that will be made publicly available later this year. 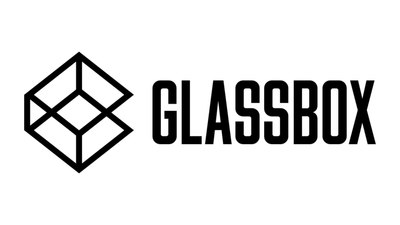 “We believe that game engines and real-time technology have the power to revolutionize filmmaking and visualization across industries, and we’ve been hard at work developing tools that will help creative teams achieve their goals with simple, off-the-shelf packages that integrate with whichever game engine and digital content creation applications they prefer,” shared Acuña-Acosta. “Our team is excited today to unveil our new name and new tools to the wider community for the first time.”

Glassbox has collaborated with top Hollywood visualization and production studios including The Third Floor and leading game engine developers Unreal Engine and Unity 3D to develop its production-proven, real-time virtual production solutions -- delivering a streamlined and enhanced real-time production pipeline for studios and individuals looking to game engines for increased efficiencies. The following are now available for private beta testers:

DragonFly is a powerful cross-platform virtual camera that gives filmmakers the ability to view seamless integration of CG environments and characters in real-time, whether viewing through the camera’s viewfinder, an external monitor, an iPad, or a virtual reality headset. Harnessing the power of game engines, DragonFly is compatible off-the-shelf with Unreal, Unity and Maya, plus a wide range of tracking solutions including OptiTrack, and ARKit. Apply to take part in the private beta here.

“We’ve been working closely with the Glassbox team over the past few years to develop and test their real-time virtual camera system in demanding production conditions, and we’ve been impressed by the capabilities,” said Addison Bath, Global Head of Research & Development, The Third Floor. “Virtual production workflows have traditionally been complex and expensive to build out, with each studio having to create proprietary systems. With a product like DragonFly, the benefits of real-time virtual production become much more widely accessible.” BeeHive is a cutting edge multi-user toolkit for real-time collaboration, review and synchronization, connecting and managing virtual production workflows for both local and distributed teams across multiple workstations and platforms. Streamlining the exchange of data between cameras, DCC applications, and even game engines, this cross-platform tool lets teams review and modify assets, iterate on lighting and VFX, and visualize entire virtual worlds all together in real-time, no matter your tool of choice or geographical location -- manipulating content and viewing results in Maya, Unreal, or Unity. BeeHive’s powerful real-time collaborative capabilities remove creative constraints to help individuals working across the entire production process iterate faster and collaborate with ease. Apply for the private beta here.

“BeeHive changes the landscape for creatives working on VR, games, and other real time content,” shared Ian Forester, CEO at VR Playhouse. “Collaboration, especially with remote team members, is one of the more frustrating parts of working in real-time, but with BeeHive, iteration time is cut from hours to seconds as decision makers experience creative changes as they are made. Studios using BeeHive will have an easier time hitting deadlines, staying on budget, and delivering truly excellent experiences as they can more easily explore their creative options. It makes working in virtual worlds a lot more like working in the real world, which lets filmmakers bring their full set of tools to work in real-time. It’s truly unprecedented.”

Glassbox is also the developer of the popular Live Client for Unreal Engine plugin that connects Faceware’s Live Server to the Unreal Engine, enabling real-time markerless facial capture and animation within game engine. This production-proven plugin has been used by companies including Psyop, MacInnes Scott, and Hasbro to not only see digital performances on set in real-time, but also deliver animated performances during live broadcasts in real-time.