For the first time ever, the Vimeo Staff Pick Award will be presented at the GLAS Animation Festival with a $2,500 cash prize and online launch as a Staff Pick. 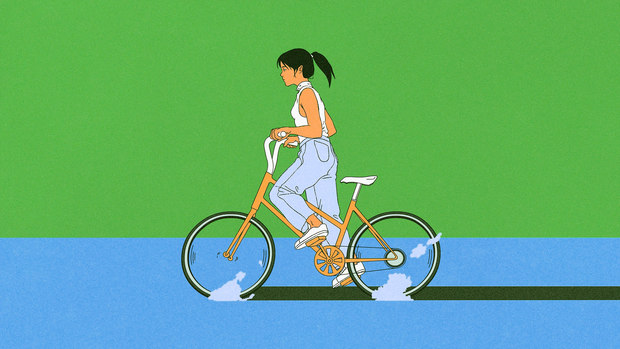 The poster for the 2019 GLAS Animation Festival was deigned by Manshen Lo.

The GLAS Animation Festival is right around the corner! The Festival has announced the 2019 Schedule, Special Programs, and a new Vimeo Staff Pick Award for the 4th annual event, which takes place March 21-24 in the historic city of Berkeley, CA.

For the first time ever, the Vimeo Staff Pick Award will be presented at the GLAS Animation Festival. This unique award invites short filmmakers selected for GLAS to submit their film for consideration directly to Vimeo’s curation team. The winner will be selected on Sunday, March 24 and be awarded $2,500 cash and be launched online the following day as a Staff Pick. Previous festivals include SXSW, the Palm Springs ShortFest, and the Ottawa International Animation Festival.

This year GLAS 2019 will once again present the FXX Elevation Award, sponsored by FX Networks. The award recognizes excellence in animated filmmaking and will honor a film in competition that embodies distinctive characters, bold storytelling and a singular point of view. The winning director will receive a $25,000 grant to develop an original animated project with FXX.

This year’s Special Programs include retrospective screenings and talks from GLAS 2019 special guests, as well as screenings of director Mamoru Hosoda’s Oscar-nominated feature Mirai and Annecy Cristal winner Denis Do’s Funan. Also on deck is a tribute to Studio Ghibli director Isao Takahata with screenings of three of his most acclaimed films, Grave of the Fireflies, Pom Poko, and the Oscar-nominated The Tale of the Princess Kaguya, and a talk with Disney story artist and animator Josie Trinidad. Also planned is an illustration workshop with South Korean artist Jisoo Kim, a screening of animation highlights from the Borscht collective in Miami, FL, and two showcases of British animation from the 1980s and 1990s.

There’s also still time to submit your work to the GLAS 2019 GIF Competition, sponsored by GIPHY Arts. To enter, simply create a GIPHY account, upload your GIF masterpiece, and tag it #glas2019 for a chance to win $500! All eligible submissions will be made available on the giphy.com/glasanimation channel.