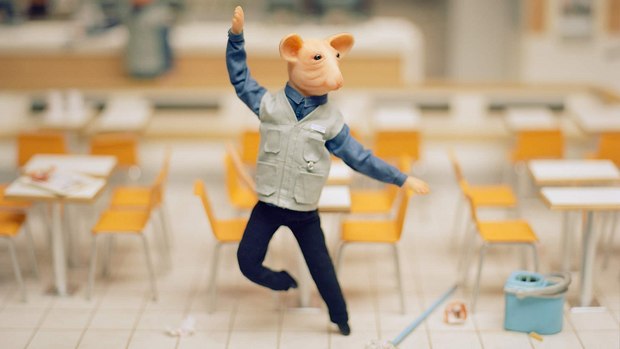 The third annual GLAS Animation Festival wrapped Sunday night in Berkeley, CA, handing out awards in six separate categories along with special mentions, the GLAS 2018 GIF Competition and -- new this year -- the FXX Elevation Award, which is sponsored by FX Networks and provides a $25,000 grant to develop an original animated project with FXX.

Organizers of the festival also announced a brand-new grant program, entitled GLAS Cash, which is aimed at supporting independent animators making short films in the United States. Funded by an anonymous donor with additional support from stop-motion specialists Screen Novelties, GLAS Cash will provide two $2,500 grants to two filmmakers in the U.S. Applications and full eligibility information for the inaugural grant will be available starting May 1st on the GLAS Animation website.

“We want to help independent animators working in the United States get their films made,” GLAS Animation Festival organizers commented about the new grant program. “It's kind of as simple as that. We think this community is making some of the most exciting work out there, and we want to help support it in every way we can.”