Indie animation distributor garners a total of 11 nominations for ‘Boy and the World,’ ‘Extraordinary Tales,’ ‘Kahlil Gibran’s The Prophet’ and ‘When Marnie Was There.’ 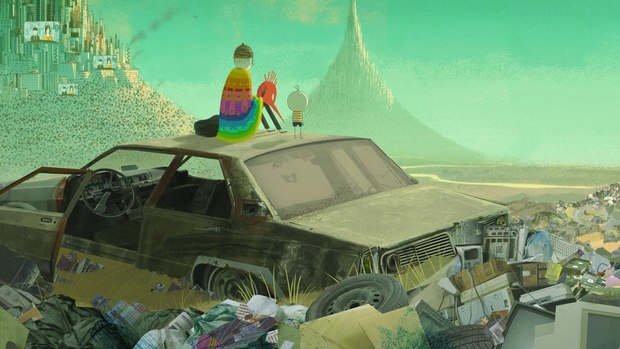 See below for a comprehensive list of all of GKIDS’ 2015 Annie Award nominations:

Boy and the World (Qualified for Academy Awards)

Brazilian artist Alê Abreu’s multiple award-winning masterpiece is a riotous explosion of music and color, a breathtakingly original and vibrant cinematic experience that depicts the wonders and struggles of the modern world as seen through the eyes of a young boy. The Prophet, by celebrated Lebanese author Kahlil Gibran, is among the most popular volumes of poetry ever written, selling over 100 million copies in forty languages since its publication in 1923. Gibran’s timeless verses have been given enchanting new form in this painterly cinematic adventure about freedom and the power of human expression.

This breathtaking animated feature, produced and spearheaded by Salma Hayek, was an official selection at Cannes and made its North American premiere at Toronto International Film Festival. Written and directed by Roger Allers (The Lion King), the film intersperses Gibran’s elegant poetry within stunning animated sequences by filmmakers Tomm Moore (The Secret of Kells, Song of the Sea), Nina Paley (Sita Sings the Blues), Bill Plympton (Guide Dog), and a host of award-winning animators from around the world. Set in a Mediterranean sea-side village, Kamila (Salma Hayek) cleans house for exiled artist and poet Mustafa (Liam Neeson), but the more difficult job is keeping her free-spirited young daughter, Almitra, (Quvenzhané Wallis) out of trouble. The three embark on a journey meant to end with Mustafa’s return home -- but first they must evade the authorities who fear that the truth in his words will incite rebellion. Featuring music from Damien Rice, Glen Hansard, Lisa Hannigan and Yo-Yo Ma. When Marnie Was There (Qualified for Academy Awards)

Sent from her foster home in the city one summer to a sleepy town by the sea in Hokkaido, Anna dreams her days away among the marshes. She believes she’s outside the invisible magic circle to which most people belong -- and shuts herself off from everyone around her, wearing her “ordinary face.” Anna never expected to meet a friend like Marnie, who does not judge Anna for being just what she is. But no sooner has Anna learned the loveliness of friendship than she begins to wonder about her newfound friend… GKIDS is a distributor of award-winning feature animation for both adult and family audiences. Since 2009, the company has scored six Best Animated Feature Oscar nominations -- second only to Disney -- with The Secret of Kells in 2010, A Cat in Paris and Chico & Rita in 2012, Ernest & Celestine in 2014, and The Tale of The Princess Kaguya and Song of the Sea in 2015. GKIDS also handles North American theatrical distribution for the famed Studio Ghibli library of films, one of the world’s most coveted animation collections with titles Spirited Away, My Neighbor Totoro, Princess Mononoke and others.