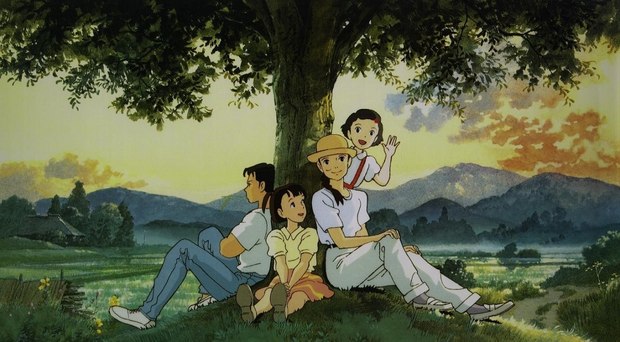 NEW YORK -- GKIDS, the distributor of award-winning animation for both adult and family audiences, is bringing both a complete retrospective of animated films from Japan’s renowned Studio Ghibli and a 25th anniversary release of Studio Ghibli’s Only Yesterday to New York’s IFC Center.

Studio Ghibli: The Complete Retrospective will include 22 films and run December 11 to December 31. On January 1, a new English-language version of Only Yesterday, from studio co-founder and Academy Award nominee Isao Takahata, will open. Long considered an unseen masterpiece by critics and fans, the film has never before been released in North America. The English-language version features the voices of Daisy Ridley (Star Wars: The Force Awakens), Dev Patel (Slumdog Millionaire, Best Exotic Marigold Hotel) and Ashley Eckstein (HerUniverse, Star Wars Rebels). The film opens nationwide on February 26.

It’s 1982 and Taeko is 27 years old, unmarried, and has lived her whole life in Tokyo. While traveling by train to visit family in the country, memories flood back of her as a schoolgirl in 1966, and she starts to question whether she has been true to childhood herself. Elegantly switching between her adult present and school girl flashbacks, Takahata brilliantly explores the drama, humor and enchantment of everyday life, in a poignant and achingly beautiful masterpiece from one of the world’s most revered animation studios. Considered a lost gem, the remarkable Only Yesterday was recently included in Time Out’s list of the “Best 100 Animated Movies Ever Made,” and counts Wes Anderson and Roger Ebert among its admirers.

Many films will be playing in both Japanese (with English subtitles) and English dubbed versions.