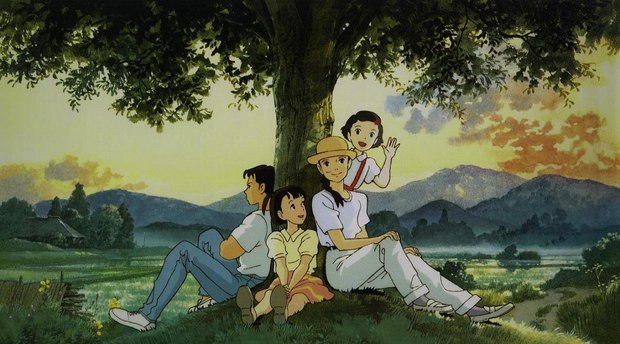 NEW YORK -- Independent animation distributor GKIDS has announced that it has entered a distribution agreement with Studio Ghibli for the North American rights to Only Yesterday, from studio co-founder and Academy Award nominee Isao Takahata (The Tale of The Princess Kaguya).

Long considered an unseen masterpiece by critics and fans alike, the film has never before been released in North America. GKIDS plans a theatrical release in early 2016, coinciding with the film’s 25th anniversary.

It’s 1982, and Taeko is 27 years old, unmarried, and has lived her whole life in Tokyo. While traveling by train to visit family in the country, memories flood back of her as a schoolgirl in 1966, and she starts to question whether she has been true to herself. Elegantly switching between her adult present and childhood flashbacks, Takahata brilliantly explores the drama, humor and enchantment of everyday life, in a poignant and achingly beautiful masterpiece from one of the world’s most revered animation studios.

Considered a lost gem, the remarkable Only Yesterday was recently included in Time Out’s list of the “Best 100 Animated Movies Ever Made,” and counts Wes Anderson and Roger Ebert among its admirers. The film is directed by Isao Takahata, and produced by Toshio Suzuki. The English version is produced by Geoffrey Wexler and Studio Ghibli.

“With this 25th anniversary release, a broad new audience will now be able to discover what passionate supporters have known for years,” said GKIDS SVP of Distribution David Jesteadt. “Only Yesterday is a groundbreaking classic, and further demonstration of Isao Takahata’s incredible legacy as a filmmaker.”

GKIDS and Studio Ghibli previously partnered on When Marnie Was There, currently in theaters and Certified Fresh on Rotten Tomatoes, Academy Award-nominated The Tale of The Princess Kaguya, documentary The Kingdom of Dreams and Madness, and From Up on Poppy Hill. GKIDS also handles North American theatrical distribution for Studio Ghibli’s acclaimed library of films, one of the world’s most coveted animation collections, including Spirited Away, Howl’s Moving Castle, My Neighbor Totoro, Princess Mononoke and other titles.