GKIDS Picks Up Rights to ‘Girl without Hands’ Feature at Cannes

Adult animated feature directed by Sébastien Laudenbach and produced by France’s Les Films Sauvages is set to screen in competition in June at Annecy. 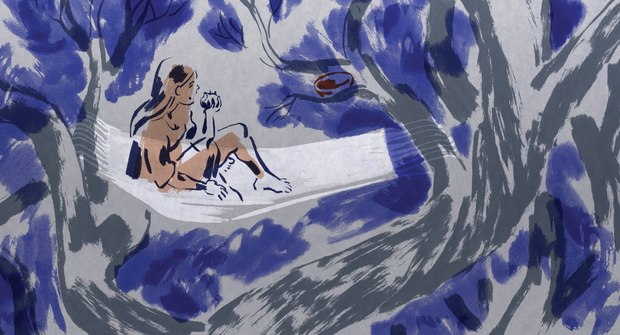 Independent animation distributor GKIDS has bought North American rights to the adult animated feature The Girl Without Hands (La Jeune fille sans mains), according to a report by Variety.

The purchase was made following the film’s world premiere as part of the Association for Independent Distribution (ACID) sidebar at the Cannes Film Festival currently underway in France.

A fairytale aimed at adult audiences and based on a story by the Brothers Grimm, The Girl Without Hands is directed by Sébastien Laudenbach from his own script and produced by French production company Les Films Sauvages. The story synopsis for the film reads, “In hard times, a miller sells his daughter to the Devil. Protected by her purity, she escapes from the Devil who, in revenge, deprives her of her hands.”

The deal for The Girl Without Hands was reportedly negotiated by GKIDS heads Eric Beckman and David Jesteadt with Agathe Valentin, head of international sales for Pyramide International.

“Dave and I were both blown away. The film has an utterly transporting beauty and poetry, while the story unfolds with the powerful dream logic of a fairytale, taking you into the darker, deeper, primal origins and emotional core of the Grimm’s tales,” Beckman said to Variety. “With magic and cruelty, sublime beauty and tenderness, The Girl Without Hands is at once timeless and unlike anything you have seen before, a stunning example of the potential of the medium of animation as a powerful cinematic art form for adult moviegoers.”

The Girls Without Hands is also set to screen as an official selection in competition in June at this year’s Festival d'animation d'Annecy.