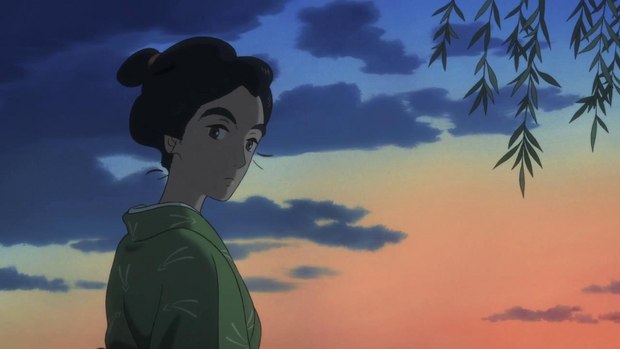 The film by renowned director Keiichi Hara (Colorful, Summer Days with Coo) took home the Jury Prize at the prestigious Annecy Film Festival, swept the top jury and audience awards at Fantasia Film Festival, and won Best Animated Feature at Sitges and Best Animated Feature at the Asia Pacifica Screen Awards, among others. Miss Hokusai has received glowing reviews from critics on the festival circuit.

Adapted from Hinako Sugiura’s manga Sarusuberi by Miho Maruo (both of whom are women), Miss Hokusai is the untold story of O-Ei, the daughter and artistic collaborator of Katsushika Hokusai, arguably Japan’s greatest artist.

Katsuhiko Hokusai was a prolific illustrator and printmaker, best known for the woodblock print series Thirty-six Views of Mount Fuji, which includes the famous and widely produced, The Great Wave off Kanagawa. Hokusai is also known for his erotic illustrations, called shunga, of which is The Dream of the Fisherman's Wife is perhaps the most well-known in the west. Late in his career, Hokusai published a series of pamphlets and art manuals, referred to as “Hokusai's manga,” with sketches and humorous caricatures that influenced the modern form of comics known by the same name, as well as the stylized characters in Japanese animation.  Hokusai’s works can be seen as part of permanent collections at The Met, LACMA, Boston MFA, and other top museums worldwide.

The adult-skewing Miss Hokusai will be released October 14 in New York and Los Angeles prior to a North American expansion.  GKIDS previously distributed Production I.G’s A Letter to Momo.