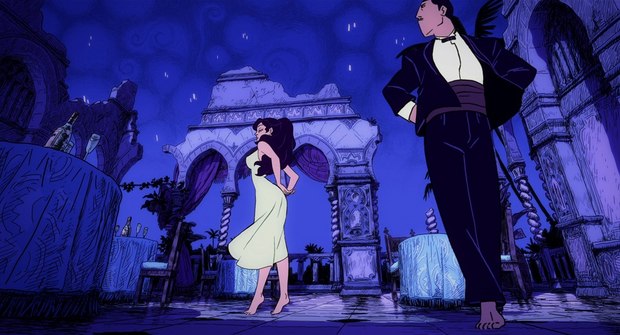 The film, which was an official selection at Cannes and made its North American premiere in Toronto, will open August 7 in New York and Los Angeles, with expansion to all major markets in the following weeks.

Inspired by the iconic book "The Prophet," the film features a narrative story written and directed by Roger Allers (The Lion King), with individual "chapters" based on Gibran’s poems that were designed and directed by acclaimed animation directors from around the world, including Tomm Moore (Oscar nominee for The Secret of Kells and Song of the Sea), Joan Gratz (Oscar winner for Mona Lisa Descending a Staircase),  Bill Plympton (Oscar nominee for Guard Dog and Your Face), Nina Paley (Annecy winner for Sita Sings the Blues), Joann Sfar (Cesar winner for The Rabbi’s Cat), Paul and Gaetan Brizzi (Fantasia 2000), Michal Socha (Chick) and Mohammed Harib (Freej).

Gibran's book is one of the bestselling books of all time, having sold over 100 million copies in more than 40 languages, since its original publication by Alfred Knopf in 1923.