GKIDS Announces Theatrical Dates for ‘April and the Extraordinary World’ 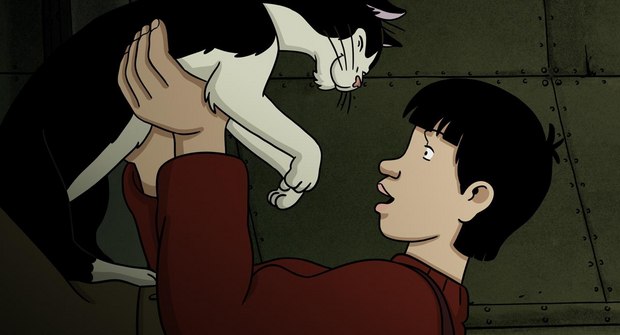 Independent animation distributor GKIDS has announced theatrical dates for April and the Extraordinary World. Directed by Christian Desmares and Franck Ekinci, the sci-fi adventure was produced by Paris-based Je Suis Bien Content, the animation studio behind Persepolis (2007). The 2D-animated feature opens at the IFC Center in New York on March 25th followed by nationwide expansion on April 8th.

Inspired by France’s Jacques Tardi -- one of Europe’s most celebrated graphic novelists -- April and the Extraordinary World charts a young girl’s journey to fulfill her destiny. Set in a world where all scientists have been taken prisoner and history has come to a standstill, April and the Extraordinary World begins in an alternate version of 1941 Paris, ruled by Napoleon V, which has two Eiffel Towers and cable-cars zigzagging above its soot-clod streets. There, a family of scientists, on the brink of discovering a powerful longevity serum, mysteriously disappears, leaving behind their young daughter, April (voiced by Marion Cotillard). Ten years later, April, now an intrepid young woman, sets out to find her parents, and is plunged into the center of a shadowy and far-reaching conspiracy, forced to go on the run from government agents, bicycle-powered dirigibles and cyborg rat spies.