GKIDS Acquires Rights for ‘The Tale of Princess Kaguya’

GKIDS announces the acquisition of the North American rights to Studio Ghibli’s The Tale of the Princess Kaguya, which is slated for a late 2014 release. 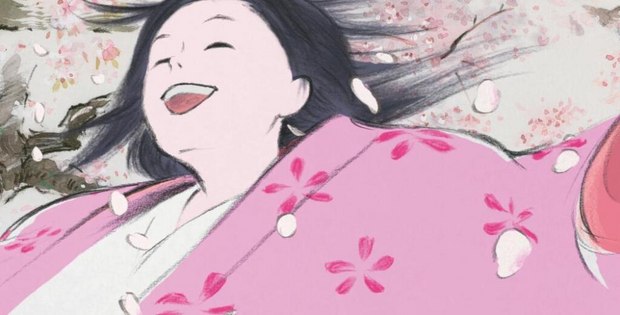 Indie animation distributor GKIDS announced that it has entered into a distribution agreement with Studio Ghibli for the North American rights to the upcoming animated feature The Tale of the Princess Kaguya.  Directed by Studio Ghibli co-founder Isao Takahata, the film is slated for a late 2014 theatrical release and Awards submissions.

The deal was negotiated by Eric Beckman from GKIDS and Geoffrey Wexler from Studio Ghibli, with GKIDS taking all theatrical, non-theatrical, home video and television rights in North America.

Eight years in the making, the film is the untold story of The Princess Kaguya, the heroine of the ancient Japanese folktale The Tale of the Bamboo Cutter.

An English-language version is being produced by Studio Ghibli and Geoffrey Wexler, with Frank Marshall of Kennedy/Marshall Executive Producing. This is the same team that handled English versions for the two previous Studio Ghibli films, The Wind Rises and From Up on Poppy Hill.

GKIDS and Studio Ghibli partnered on the 2013 release of the animated feature From Up on Poppy Hill and GKIDS handles North American theatrical distribution for the Studio Ghibli library of films, one of the world’s most coveted animation collections with titles including Spirited Away, My Neighbor Totoro, Princess Mononoke and others.  GKIDS also handles theatrical distribution for Isao Takahata’s Grave of the Fireflies, widely considered a masterpiece.