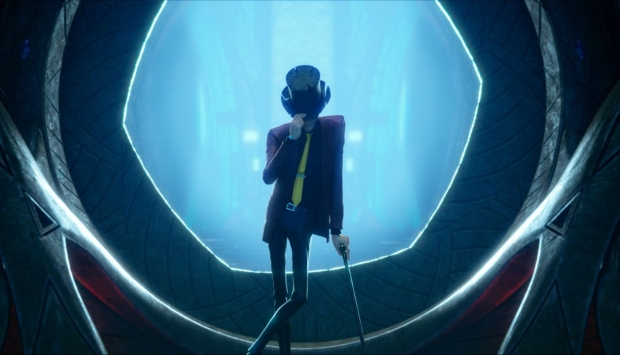 NEW YORK -- GKIDS announced that it has acquired the North American distribution rights for the animated feature Lupin the 3rd: The First, a new animated film from director/screenwriter Takashi Yamazaki (Stand by Me Doraemon, Dragon Quest: Your Story). The franchise from original creator Monkey Punch, began in 1967 and has spanned a variety of manga, TV, game, theme park ride, and musical adaptations, including The Castle of Cagliostro (1979), the feature film debut from director Hayao Miyazaki. GKIDS will release Lupin the 3rd: The First theatrically in 2020 in both Japanese and an all-new English language dub. The deal for North American rights was negotiated by GKIDS president, David Jesteadt and TMS Entertainment director of licensing, Sam Maseba.

“As someone who has been a fan of Lupin III since The Castle of Cagliostro, I was blown away by quality of animation and storytelling in Lupin the 3rd: The First," commented Jesteadt. "Director Takashi Yamazaki has taken such incredible care and detail in creating Lupin's first adventure in CG, and I am hopeful that audiences fall in love with the film as much as I have."

“Lupin III has been stealing hearts of audiences of all ages for over 50 years, and we're proud to be able to present the latest evolution of the world's greatest thief," added TMS Entertainment vice president, Masami Tokunaga. “We are truly excited to be collaborating with GKIDS to bring this amazing film to our fans in North America."

The iconic “gentleman thief” Lupin III returns in an action-packed, adventure, he and his colorful underworld companions race to uncover the secrets of the mysterious Bresson Diary, before it falls into the hands of a dark cabal that will stop at nothing to resurrect the Third Reich. The gang undertakes trap-filled tombs, aerial escapades and daring prison escapes with the trademark wit and visual finesse that have made Lupin the 3rd one of the most storied animation franchises in the world.