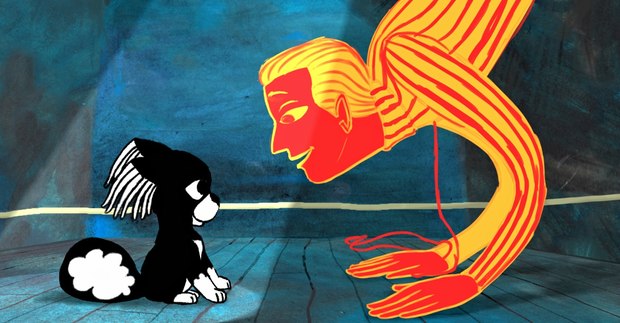 GKIDS president, David Jesteadt, commented, "We have been excited about this film since we saw the first images several years ago. The film combines a unique and wildly inventive visual style with a universal story that goes straight to the heart for anyone who has been lucky enough to spend time with a dog. We are sure audiences are going to fall in love with the film as much as we have."

"The Charades team is very proud that GKIDS fell under the spell of this very special movie," added Charades co-founder, Carole Baraton. "We are sure they will provide the exposure it deserves in the US market. After partnering on Mirai last year, we are super excited to embark again on this new adventure with them."

The film features Marona, a mixed-breed Labrador, who after an accident reflects on her past homes and experiences. Journeying back through her memories she reflects on the deep impressions she has made on her owners’ lives. With Marona’s unfailing love and empathy she had provided lightness and innocence to her families. Marona's Fantastic Tale is a beautiful and emotional story of an average dog and her extraordinary life.