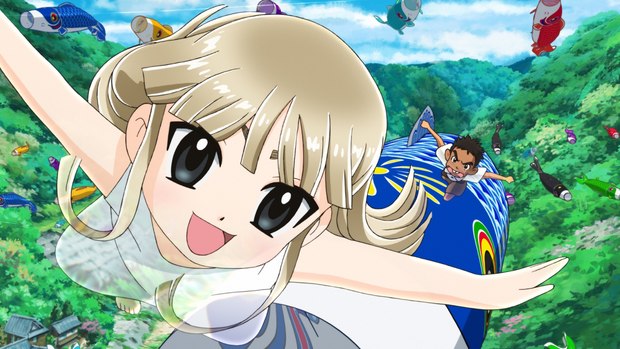 NEW YORK -- GKIDS has announced that it has acquired the North American distribution rights for the animated feature Okko’s Inn, the new feature film from Studio Ghibli veteran animator Kitaro Kosaka. The film world premiered at the 2018 Annecy International Film Festival, and additionally played at Animation is Film this past October. GKIDS will release the film theatrically next year in both its original Japanese language and a new English dubbed version.

Okko’s Inn follows Okko, who goes to live with her grandmother in the countryside after losing her parents. While she prepares to become the inn’s next caretaker, Okko discovers there are playful ghosts who live there. However, only she can see them.

After losing her parents in a car accident, Okko goes to live in the countryside with her grandmother, who runs a traditional Japanese inn built on top of an ancient spring said to have healing waters. While she goes about her chores and prepares to become the inn’s next caretaker, Okko discovers there are spirits who live there that only she can see - not scary ones, but welcoming ghosts who keep her company, play games and help her navigate her new environment. The inn’s motto is that it welcomes all and will reject none, and this is soon put to the test as a string of new guests challenge Okko’s ability to be a gracious host. But ultimately Okko discovers that dedicating herself to others becomes the key to taking care of herself. The latest feature from famed anime studio Madhouse and director Kitaro Kosaka, who was a key animator on numerous classic films at the venerable Studio Ghibli, seamlessly blends immersive, idyllic landscapes with the storybook charm of Okko’s beloved ghosts. Okko’s Inn delivers a rare ghost story that - despite several floating characters -- is firmly grounded in the trials and joys of humanity.

The all-rights deal was negotiated by David Jesteadt of GKIDS and Haruko Watanabe of GAGA Corporation.

“From the moment we saw Okko’s Inn at Annecy, we knew this was a film we wanted to share with audiences nationwide,” Jesteadt said. “Director Kitaro Kosaka has made a film of effortless warmth and generosity of spirit, and that feels more necessary than ever.”