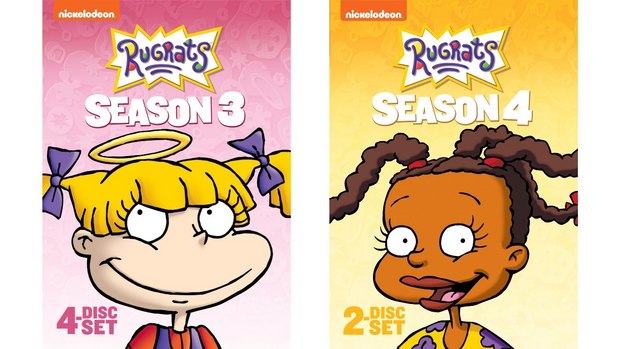 Following last year’s release of the first two seasons of Rugrats on DVD, fans will love the next set of baby adventures with Rugrats: Season Three and Rugrats: Season Four each available on DVD on February 6. Told from the perspective of a group of adventurous and imaginative toddlers, Rugrats transformed the most mundane activities into unforgettable adventures. Led by fearless leader Tommy Pickles, the gang can turn an ordinary trip to the park into a journey across the Sahara in search of water, a visit to the plant nursery into a jungle trek to find a cure for “jungle beaver,” or a search for cookies into a prehistoric fantasy. Together, there’s no adventure too big and no problem they can’t solve... or at least nothing that a good nap won’t help. Created by Arlene Klasky, Gábor Csupó and Paul Germain, Rugrats debuted on Nickelodeon in 1991, quickly becoming a beloved childhood favorite for a generation of Americans. Produced by animation studio Klasky Csupo, the series garnered more than 20 awards during its 13-year run, including four Daytime Emmy Awards, six Kids’ Choice Awards, and its own star on the Hollywood Walk of Fame.

Rugrats: Season Three contains all 52 episodes from the show’s third season and features classic episodes like “Naked Tommy” and “Angelica Breaks a Leg.” Viewers will have a blast as they join Tommy, Chuckie and the gang as they grab a screwdriver, break out of the playpen and embark on over ten hours of grand adventures to the moon, north pole and even to Chuckie’s first haircut.

Rugrats: Season Four picks up right where season three leaves off and contains over six hours and two discs of adorable adventures from season four. Fans won’t want to miss the chance to relive the classic Rugrats family vacation, meet Spike’s babies or laugh along as  Phil  and  Chuckie discover the joys of dresses.

Produced by Nickelodeon Home Entertainment and distributed by Paramount Home Media Distribution, Rugrats: Season Three and Rugrats: Season Four will be available on DVD February 6, 2018, for the suggested retail price of $16.99 and $10.99, respectively.

To enter your chance to win, email info@awn.com with the subject heading “Rugrats Seasons 3 & 4 Giveaway” with your full name and mailing address. Three lucky winners (Sorry folks, U.S. residents only.) will be chosen at random, and will be notified via email. The deadline for entries is 5:00PM Pacific on Tuesday, February 13.