From the celebrated director behind ‘The Boy and the Beast,’ soaring adventure about the ties that bring families together in U.S. theaters November 29 and December 5 & 8. 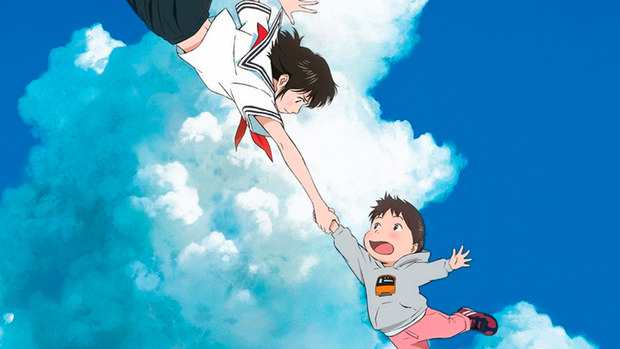 Mirai, the Japanese animated film from Mamoru Hosoda, is headed to U.S. theaters and, courtesy of GKIDS, AWN has two sets of tickets along with an exclusive gift pack to give away to two lucky winners!

From the celebrated director behind The Boy and the Beast, Wolf Children, Summer Wars, and The Girl Who Leapt Through Time, Mirai will be released in both its original Japanese language and a new English dubbed version. In addition to enjoying the full animated feature, attendees will see an exclusive interview with director Hosoda.

The film, from Japan’s Studio Chizu, is a daringly original story of love passed down through generations. When four-year-old Kun meets his new baby sister, his world is turned upside down. Named Mirai (meaning “future”), the baby quickly wins the hearts of Kun’s entire family. As his mother returns to work, and his father struggles to run the household, Kun becomes increasingly jealous of baby Mirai... until one day he storms off into the garden, where he encounters strange guests from the past and future -- including his sister Mirai, as a teenager. Together, Kun and teenage Mirai go on a journey through time and space, uncovering their family’s incredible story. But why did Mirai come from the future?

An official selection at Cannes Directors’ Fortnight, Mirai is a sumptuous, magical, and emotionally soaring adventure about the ties that bring families together and make us who we are. Mirai comes to more than 700 U.S. cinemas Thursday November 29 at 7 p.m. (dubbed) and at 8 p.m. (subtitled), Wednesday, December 5 at 7 p.m. (subtitled), and Saturday, December 8 at 12:55 p.m. (dubbed). Tickets for Mirai are available at gkiddstickets.com or at participating box offices.

The giveaway ends on Tuesday, November 20 at 11:59PM Eastern, and is available to U.S. residents only. The winners will be selected and notified by GKIDS Films after the closing date. Enter your chance to win using the widget below, or via this link. Not sure if you’re lucky? Grab tickets at gkidstickets.com.