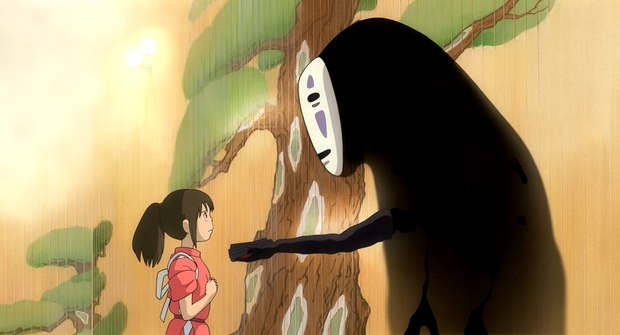 From GKIDS and Fathom Events, STUDIO GHIBLI FEST 2018 continues, bringing nine of the famed Japanese studio’s celebrated animated masterpieces to U.S. cinemas. Coming up on October 28, 29 & 30 is acclaimed director Hayao Miyazaki’s Academy Award-winning feature Spirited Away in both the original Japanese with English subtitles and in English-language dub versions. In celebration of the three-day event, AWN is once again teaming up with GKIDS to give away two pairs of tickets to two lucky winners!

Miyazaki’s wondrous fantasy adventure is a dazzling masterpiece from one of the most celebrated filmmakers in the history of animation. Tickets for Spirited Away can be purchased online by visiting www.gkidstickets.com and at participating theater box offices. Moviegoers throughout the U.S. will be able to enjoy these events in more than 700 select movie theaters:

Spirited Away follows Chihiro, whose family is moving to a new house, but when they stop on the way to explore an abandoned village, her parents undergo a mysterious transformation and Chihiro is whisked into a world of fantastical spirits ruled over by the sorceress Yubaba. Put to work in a magical bathhouse for spirits and demons, Chihiro must use all her wits to survive in this strange new place, find a way to free her parents and return to the normal world. Overflowing with imaginative creatures and thrilling storytelling, Spirited Away became a worldwide smash hit, and is one the most critically-acclaimed films of all time.

The giveaway ends on Monday, October 22 at 11:59PM Eastern, and is available to U.S. residents only. The winners will be selected and notified by GKIDS Films after the closing date. Enter your chance to win using the widget below, or via this link. Not sure if you’re lucky? Grab tickets at gkidstickets.com.