Oscar-winning director Nick Park’s prehistoric romp available now on Digital and on Blu-ray Combo Pack, DVD and On Demand on May 22. 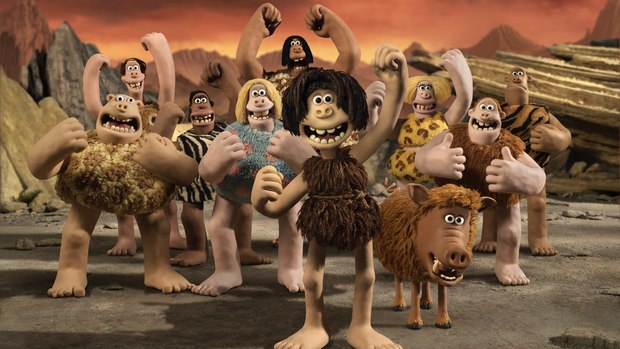 Meet the team that rocked the Stone Age with the arrival of Early Man on Digital today, May 15, and on Blu-ray Combo Pack (plus DVD and Digital), DVD, and On Demand on May 22. Courtesy of Lionsgate, AWN has two Blu-ray Combo Packs to give away to two lucky winners! From Aardman, the award-winning tribe that brought you Wallace & Gromit, Chicken Run and Shaun the Sheep Movie, this prehistoric romp tells the epic story of Dug the caveman and his goofy friends who challenge invaders to a game of soccer in order to win back their home.

Starring in the film are Oscar-winner Eddie Redmayne (Best Actor, The Theory of Everything, 2014; Fantastic Beasts and Where to Find Them), Tom Hiddleston (Thor: Ragnarok, Kong: Skull Island), Maisie Williams (TV’s Game of Thrones), as well as Timothy Spall (Sweeney Todd: The Demon Barber of Fleet Street, Harry Potter Franchise).

The animated world of Early Man has extensive special features including never-before-seen featurettes that reveal the love, passion, hard work, and magic that goes into creating an Aardman Studios animated film:

Early Man will be available on Blu-ray Combo Pack and DVD for the suggested retail price of $24.99 and $29.99, respectively.

To enter your chance to win, email info@awn.com with the subject heading “Early Man giveaway” with your full name and mailing address. Two lucky winners (sorry folks, U.S. residents only) will be chosen at random, and will be notified via email. The deadline for entries is 5:00PM PDT on Tuesday, May 22.