Giveaway: Sébastien Laudenbach’s ‘The Girl Without Hands’ Now on Blu-ray! 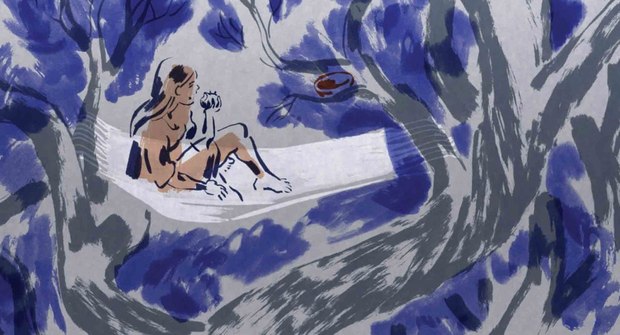 Adult 2D animated feature The Girl Without Hands (La Jeune fille sans mains) is now available on Blu-ray + DVD Combo from GKIDS and Shout! Factory. In celebration of the new release, AWN is giving away a free copy to three lucky winners!

The Girl Without Hands is the audacious feature debut from acclaimed short filmmaker Sébastien Laudenbach, a beautiful and dreamlike take on the Brothers Grimm tale produced by French production company Les Films Sauvages. Hand-painted with lush, evocative details, the film was lauded by critics during its 2017 theatrical run, and has a 100% rating on Rotten Tomatoes. Available starting February 20, the Blu-ray + DVD Combo Pack includes the theatrical trailer, along with an interview with Laudenbach and several of the director’s previous short films.

Premiering in the ACID section at Cannes, The Girl Without Hands was nominated for Best Animated Feature at the César Awards, and won both the Jury Prize and the award for Best French Film at the Annecy International Animation Festival in 2016.

To enter your chance to win, email info@awn.com with the subject heading “The Girl Without Hands Giveaway” with your full name and mailing address. Three lucky winners (Sorry folks, U.S. residents only) will be chosen at random, and will be notified via email. The deadline for entries is 5:00PM Pacific on Tuesday, February 27.