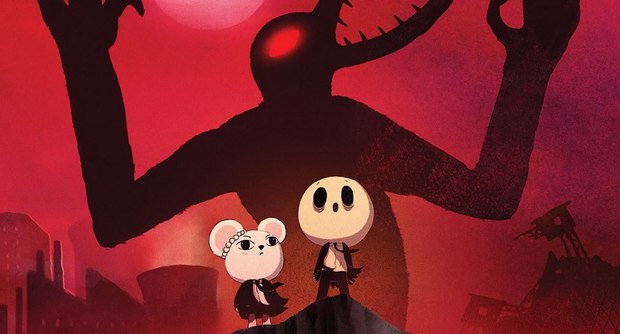 From GKIDS and Shout! Factory, Birdboy: The Forgotten Children will be released in a Blu-ray + DVD combo on March 13 with bonus features including the highly decorated short film Decorado from co-director Alberto Vázquez. Winner of the Goya Award for Best Animated Feature (where co Vázquez won the Best Animated Short Film prize in the same year for Decorado) and full of unforgettable characters, Birdboy: The Forgotten Children is a darkly comic, beautiful and haunting tale of coming of age in a world gone to ruin. Gorgeous graphic imagery brings to life a surreal and discordant world populated by adorable animated critters, searching for hope and love in the story based on Alberto Vázquez’s graphic novel and award-winning short film.

Bonus features include an interview with the filmmakers, the Birdboy original short film, the Decorado short film by Alberto Vázquez, and the theatrical trailer for the film.

To enter your chance to win a free Blu-ray/DVD combo pack, email info@awn.com with the subject heading “Birdboy: The Forgotten Children Giveaway” with your full name and mailing address. Three lucky winners (Sorry folks, U.S. residents only) will be chosen at random, and will be notified via email. The deadline for entries is 5:00PM Pacific on Tuesday, March 13.