The Giant Incandescent Resonating Animation Festival is back for its 11th year with the best in independent animation from around the world. 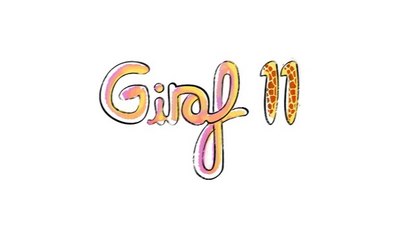 CALAGARY, CANADA -- The Giant Incandescent Resonating Animation Festival is back for its 11th year. From November 26-29, 2015, GIRAF will host independent animation from around the world. Nearly 1,000 submissions from over 65 countries have been received and the program will include what the festival has selected as the most exciting, boundary-pushing, all-around-magical films in the world of artful, adult-focused animation.

The opening gala, held on Thursday, November 26 at 7:00pm at the Globe Cinema, includes a screening of the Tales From Beyond shorts package featuring the world premiere of Chad Vangaalen’s 20-minute “fully fucking nerded out” space epic Tarboz, plus works from acclaimed indie animators Don Hertzfeldt, Joseph Bennett, and Cerise Lopez & Agnes Patron. The films in the Tales From Beyond shorts pack do what animation does best, create fantastic worlds whose only limits are their makers’ imaginations. Opening afterparty: After the opening gala, Quickaw’s downtown studios will be open for a retro video game party, complete with classic consoles and Dance Dance Revolution on the big screen. The identical twin filmmakers best known as the Brothers Quay are two of the most respected names in stop motion, but despite some big-name fans and a body of work that stretches back to 1979, they aren’t widely known outside cinephile circles. One of their best-known fans, Christopher Nolan, is helping to fix that. He’s curated a 35mm touring package including three of the Brothers’ best films and a new short documentary by Nolan himself.

On November 28, a celebration is scheduled at another landmark: the 20th anniversary of the anime classic Ghost in the Shell, with a screening of the newly remastered edition taken directly from the original print. This year, GIRAF will be showcasing three packages of the best contemporary short animation from around the world. The two-part Indie Animation Mixtape (Sides A & B) covers the more ground-breaking, boundary-pushing works, while the closing package, Heartwarmers and Bittersweets, ends the festival on a more accessible note. Between the three, there are over a dozen world, North American or Canadian premieres, an Oscar nominee, and too many award-winners to list.

Other screenings and events this year include a music video brunch at the official unofficial after party venue Broken City spotlighting the stunning animated videos of Calgary/Vancouver-based record label King Deluxe, a screening of experimental animated documentary The Magic Mountain (about adventurer, artist, and anti-communist fighter Adam Jacek Winkler), animation workshops and more.