Historically inspired animated film is directed by Mizuho Nishikubo and co-produced by the Japan Association of Music Enterprises. 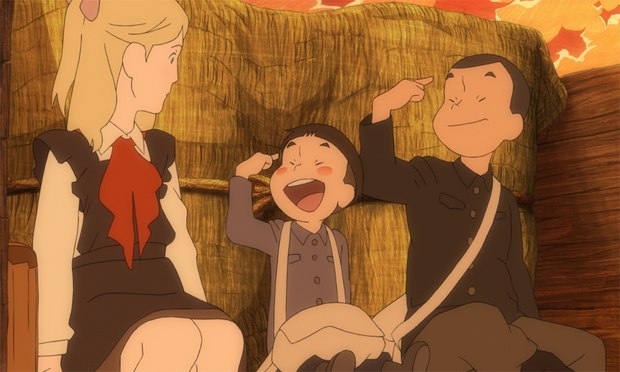 Production I.G, the Japanese animation studio behind A Letter to Momo, has announced that it will present an Academy Award-qualifying screening of its latest 2D animated feature, Giovanni’s Island.

Directed by Mizuho Nishikubo and co-produced by the Japan Association of Music Enterprises, Giovanni’s Island is set during and just after World War II and follows two young Japanese brothers living on a northern island, the possession of which is contested by the Soviets. When the boys befriend a young Russian girl named Tanya they must overcome language barriers, history and politics.

In the aftermath of the most devastating conflict mankind had ever experienced, the tiny island of Shikotan became part of the Sakhalin Oblast...and on the unhealed border of this remote corner of the world, friendship among children from two different countries timidly blossomed, striving to overcome language barriers and the waves of history. Inspired by true events.

Following its opening in Japan back in February, the historically inspired animated film took home the feature Jury Distinction award at this year’s Annecy festival in June. Other awards include the Satoshi Kon Award from the 18th Fantasia Film Festival and the Jury Special Mention at the 13th Nueva Mirada Film Festival in Buenos Aires.

Giovanni’s Island will screen in Los Angeles on Friday, November 7 at the Laemmle Town Center 5 in Encino.