Gina Carano’s Firing From ‘The Mandalorian’ Was Far from Sudden

The controversial actress had previously been ousted from a ‘Mandalorian’ spinoff series following controversial social media posts and continued to post offensive views despite warnings from Lucasfilm. 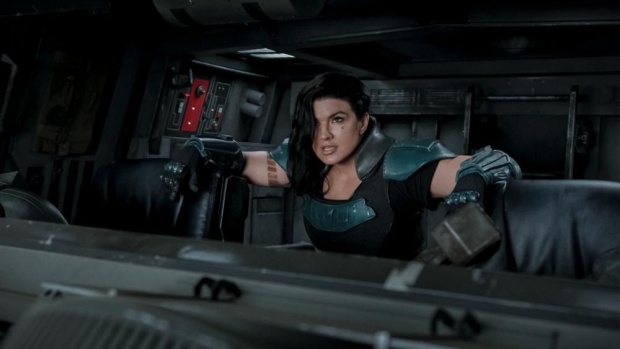 The recent surprise firing of Gina Carano by Lucasfilm from the hit Disney+ series The Mandalorian may have seemed sudden, but according to The Hollywood Reporter, “had been brewing for some time.” Carano isn’t the first Disney star with political views many hold controversial; let’s not forgets the controversial Roseanne Barr, who’s hit namesake ABC sitcom was canceled in 2018 after a successful restart 20 years after leaving the air. The family friendly outlet, right or wrong, has shown it will take action against individuals who act in ways felt contrary to company values.

Prior to Carano’s termination, the actress was set to star in a Mandalorian spinoff series as the previously beloved Cara Dune. However, as THR notes, Carano courted trouble by posting “a series of tweets in which she mocked mask-wearing, suggested voter fraud occurred during the 2020 election, and shared posts that some viewed as transphobic.”

It seems the ill-fated tweet comparing conservatives to Jews in Nazi Germany was far from her first offensive social media post. Sources also whisper that Carano had been repeatedly warned her behavior needed to change to no avail. Despite the offensive nature of her Tweets and Instagram posts, the actress has garnered a large wave of support from fans and right-wing personalities such as Senator Ted Cruz and Ben Shapiro. Shapiro has even partnered with Carano to create a film that will feature the ousted star.

Interestingly, Carano recently revealed she had no idea she was fired from the hit Star Wars series, and found out along with everyone else on social media. How do you feel about Lucasfilm and Disney’s handling of Gina Carano? Is she a victim of cancel culture, or proof that studios are now getting more aggressive in how they protect their brands against potential audience backlash?