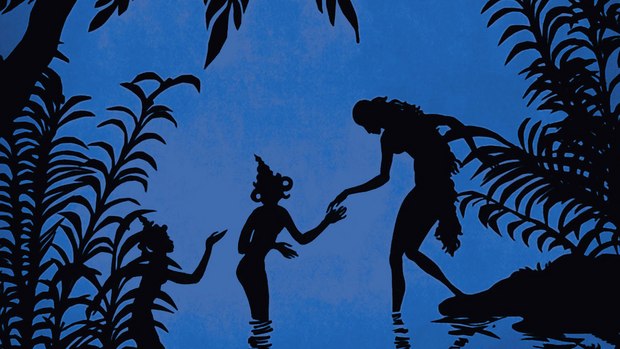 LOS ANGELES – The J. Paul Getty Museum presents an original performance by the critically-acclaimed band Dungen on Tuesday, March 21, at the Getty Center. In its first composition for film, the Stockholm-based band presents a new mystical and vibrant live score to accompany the historic animated film The Adventures of Prince Achmed, created by the pioneering animator Lotte Reiniger.

Taken from The Arabian Nights, the film tells the story of a wicked sorcerer who tricks Prince Achmed into mounting a magical flying horse and sending the rider on a flight to his death. But the prince foils the magician’s plan, and soars headlong into a series of wondrous adventures. When it premiered in Germany in 1926, The Adventures of Prince Achmed was hailed as the first full-length animated film. Ninety years later, this beautiful, mesmerizing and utterly seductive film, distinguished by Reininger’s trademark cut-outs of intricate silhouettes, still stands as one of the great classics of animation.

The members of Dungen built on the band’s signature blend of psychedelic rock with Swedish and other folk music by immersing themselves in the groundbreaking visual language of this landmark film and the characters portrayed within. Dungen burst onto the international scene with its highly regarded album Ta Det Lugnt in 2004, and under the direction of multi-instrumentalist mastermind Gustav Ejstes, released nine full-length records and toured globally over the 15 fifteen years.

The score for The Adventures of Prince Achmed is moody, evocative, stormy, and brimming with life. It provides both a summation of Dungen’s musical journey thus far, and gives the group a chance to stretch out like never before. Here, the psychedelic rock is more bombastic, the softer passages more exquisite, the tension in their musical interplay more dramatic, the intentions remarkably robust. The unique score, both through the music and its live performance, becomes a transformative experience, revitalizing an under-recognized gem of cinematic history.

Tickets available for purchase on February 21, 2016 at getty.edu/360. A pre-sale of a limited number of advance tickets will be available starting Monday, January 9, 2017.