The electronic and future funk producer promises Summertime nostalgia in the feel-good CG short for his latest single. 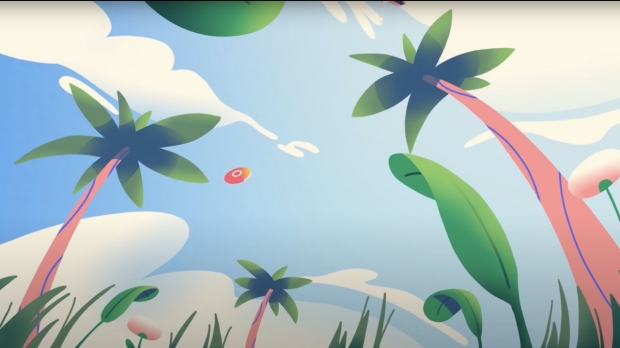 Electronic and future-funk producer Aaron Velasquez, aka Flamingosis, has unveiled a feel-good animated video for his latest single “Daymaker,” released on December 11th. The music video serves as one piece of a wider album project coming next year that will include his earlier single “Wild Summer.”

Animated by Nick Parente, Daymaker leads with a vocal sample from Velasquez’s father, who was a world-renowned professional frisbee player back in the 1970s-1980s. The artist developed his moniker and creative vision from the term "Flamingosis," a frisbee move coined by his father and uncle.

Set in the midst of summer, Daymaker takes the viewer on a unique visual journey through the city from the perspective of a frisbee to experience the best aspects of a perfect summer day. Following a retro 70s style-vibe, the animated short delivers feelings of Summertime nostalgia. Watch the video below:

Velasquez mentions his single “Daymaker” is “a reflection of everything in my life that has inspired the Flamingosis project. Frisbee, flamingos, the shore, funk and soul music, cartoons/anime, and living life. I wanted all of that incorporated into a music video.”

Speaking on the animation’s visual style of animation, Velasquez cites, “a handful of videos of [his] dad and uncle playing frisbee during [the 70s and 80s], which were used as references for the animation.” Animator Parente adds, “The vibe of the track immediately evoked a bright, colorful 70s/80s summer beach scene in my head. So, I tried to capture that. I also drew a lot of inspiration from Saturday morning cartoons, the old frisbee videos of Aaron's dad and uncle, and Aaron's overall existing aesthetic.”

Describing his process and production timeframe, Parente notes, “The project took about 2.5 months. The first month and a half was done in my free time, the last month I was fully dedicated to it. I was able to rope a bunch of animator friends into helping me execute the vision, they all worked on it in their free time. Definitely couldn't have done this without their help. Pretty much covered all digital mediums in this piece:, cel, After Effects, and Cinema 4D.” The 3:46 minute song runtime proved the most difficult part of the animation process for Parente, who says, “No matter what you're putting on screen, animation that long takes a lot of doing. I had to figure out a few longer sections that I could reuse/repurpose to fill up the time.” This part of the musical process was easier for Velasquez, who admits, “I gave [Parente] full creative control with the video and trusted that he would execute the vision I had for the film successfully, which he totally did!”

The duo is pleased with the final result of their laid-back production method, with Velasquez stating, “I can only imagine the amount of time and effort it takes to make an animated video, but it all came out great!  I couldn't be happier with the finished piece to be honest. It really captures what Flamingosis is all about.” In true artist fashion, Parente adds, “There's always more you want to do, but yeah I'd say I'm satisfied.” Humble and talented.

Flamingosis has amassed nearly 100 million lifetime streams across platforms, with over 100K followers across social media channels. Closing out the year with his latest track “Daymaker,” Flamingosis has solidified himself as an exciting artist to watch in 2021 and is set to make waves in the new year.