Get a First Look at Pixar’s Newest Short Film, ‘Lou’

Animated short film directed by Pixar veteran Dave Mullins is set to be released alongside ‘Cars 3’ on June 16, 2017. 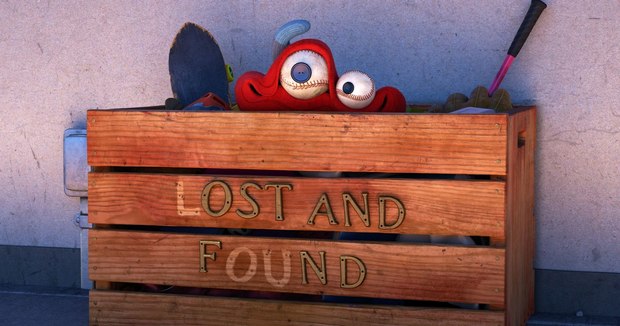 Dave Mullins, a more than 16-year veteran of Pixar Animation Studios, was announced as the director of the studio’s forthcoming short film, Lou, back in September of last year in a playful 10-second teaser posted to Instagram.

Now, in a sneak peek from USA Today, Lou has made his debut as a red hoodie-cloaked creature with eyes made of baseballs and buttons grinning mischievously from inside a school’s Lost & Found bin.

The six-minute short’s storyline features a bully named J.J., who exhibits Sid-like qualities (remember Toy Story, anyone?) as he snatches toys and tosses them aside, leading Lou to decide to teach this bully a lesson with some playful hijinks. Noting that the idea for Lou came from moving a lot during his childhood and feeling out of place, Mullins explained to USA Today that the purpose of Lou’s existence is for him to return lost objects to their rightful owners, and that setting up the storyline with a bully felt “complete.”

With Monsters Inc. as his first Pixar credit, the first-time director has been working in the animation department within the studio for many years, taking on roles ranging from animator to directing animator and supervising animator across many beloved favorites.

Mullins also revealed that his father passed away during the development phase of Lou, which influenced the end result of the film with an endearing personal touch.

Growing up, Mullins tended to veer towards skateboarding culture while his dad was a football fan, but the disparate pair was able to find common ground over their love of movies. Lou’s Lost & Found box includes both a football and skateboard, and as Mullins explains, “The football ended up becoming a device for J.J. to annoy the kids at the beginning of the film and then connect to the kids later.”