Get Animated This Holiday with Nickelodeon’s ‘Nickmas’

Special holiday programming will include all-new episodes of ‘PAW Patrol,’ ‘Santiago of the Seas,’ ‘Blue’s Clues & You!,’ and ‘The Casagrandes;’ classic fan favorite holiday episodes of ‘Rugrats,’ ‘SpongeBob SquarePants’ and ‘The Loud House’ are also on the docket. 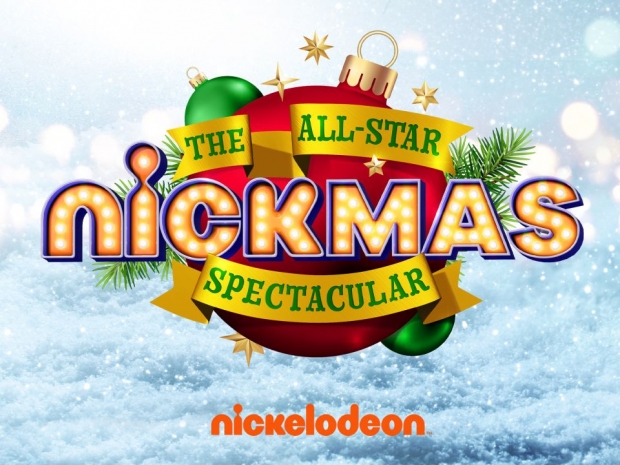 Nickelodeon is welcoming the holidays with “Nickmas,” over 100 hours of seasonal content, featuring lots of animated excitement to warm your cockles. Viewers will be treated to all-new episodes of the network’s hit series PAW Patrol, Santiago of the Seas, Blue’s Clues & You!, The Casagrandes, and more, plus classic fan-favorite holiday episodes of Rugrats, SpongeBob SquarePants and The Loud House.

On Saturday, Nov. 28, Nickelodeon will celebrate the holidays with a brand-new star-studded special, The All-Star Nickmas Spectacular, premiering at 9 p.m. (ET/PT). Hosted by Nickelodeon’s Lex Lumpkin, the hour-long variety show will include musical performances, special guest appearances, comedy sketches as well as special messages from animated stars SpongeBob SquarePants, Lincoln and Lucy from The Loud House, and Ronnie Anne from The Casagrandes.

Here is a rundown of the “Nickmas” animated premieres:

Mayor Humdinger is being very naughty on Christmas Eve, and it’s up to the PAW Patrol to help Santa and save Christmas. Santiago and his crew must help Santa save Christmas. Guest Star: Alfred Molina

Paddington has accidentally sent Jonathan’s Santa letter to Peru by mistake. When he sends Pigeonton to the North Pole with a new list, he goes missing.

Nickelodeon brings cheer this holiday with star-studded guests and musical performances and special messages from animated stars SpongeBob SquarePants, Lincoln & Lucy from The Loud House, and Ronnie Anne from The Casagrandes.

It’s the night before Christmas and Josh and Blue play Blue’s Clues to figure out what Blue wants for Christmas, decorate with Steve, help Joe wrap presents, and celebrate a night full of holiday traditions. Guest Stars: Steve Burns and Donovan Patton

Bubble Guppies “The Guppies Save Christmas!” – Friday, Dec. 4, at 12pm

On Christmas Eve, Molly, Gil, and Bubble Puppy discover Santa's lost list in the snow. To return the list safely to the North Pole, they have to keep it out of the hands of the Christmas-hating Humbug.

The Bramleys need to find a way to celebrate their traditions and be together for the holidays. Ronnie Anne is excited for the perfect Christmas but visits from the neighbors put her dream Nochebuena on hold.

Lincoln tries to rig the family gift swap and ends up learning a valuable lesson. Then, a Scrooge-like Flip is visited by three ghosts in a special take on A Christmas Carol.

Abby is determined to bring her holiday traditions to the neighborhood when a snowstorm closes the hotel on Christmas Eve.

While ice fishing in the North Country, Mayor Goodway and Mayor Humdinger get stuck in an ice crevasse. Then, Cowgirl Beryl hosts a game show at the Wingnuts’ farm.

With Fishmas just around the corner, the season’s hottest toy--Burpin’ Bubbz--is at the top of Baby’s and William’s wish lists and when Santa Jaws goes missing, it’s up to them to save the holiday.

Theodore is mistaken for an elf and whisked off to the North Pole to help build toys in Santa’s workshop.

When Fendrich threatens to ruin Sinclair’s holiday gala, Duke intervenes to save both the party and the holidays.

Below is the rundown of Nickelodeon’s “Nickmas” animated classic holiday episodes:

When Santa’s sleigh crashes and the reindeer run off, Ryder and the PAW Patrol have to help Santa finish delivering presents and save Christmas.

The Louds are getting ready for Christmas when the unthinkable happens to Lincoln - his sled goes in their neighbor’s yard! Lincoln and Clyde attempt to pull off a sled rescue mission and end up finding out secrets about Mr. Grouse.

SpongeBob inadvertently helps Plankton enact his plot to put all of Bikini Bottom on Santa’s naughty list, and now has to stop Plankton before he gets his Christmas wish—the Krabby Patty secret formula.

Nobody in Bikini Bottom has ever heard of Christmas or Santa Claus until Sandy lets them in on this surface tradition. SpongeBob wants to bring Christmas to Bikini Bottom this year and his enthusiasm is infectious.  Everyone gets into the spirit, waiting for Santa to arrive on the big day, except Squidward, who has scoffed at SpongeBob the whole time.

Tommy leads the babies into another adventure to save Grandpa Boris from the "Meany of Chanukah"- Grandpa’s childhood rival, Schlomo.  While the Rugrats learn about Chanukah from the Seniors' play entitled "The Meaning of Chanukah," Angelica is determined to find a TV to watch the "Cynthia Christmas Special."