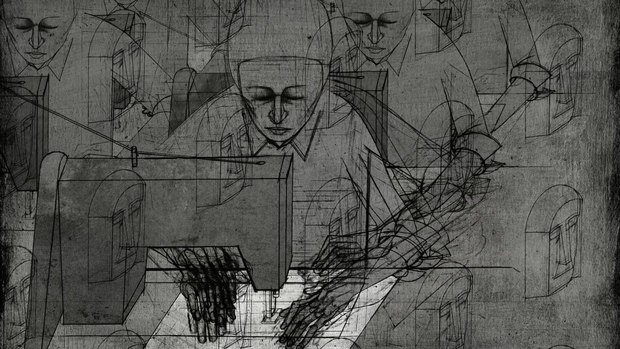 STUTTGART, GERMANY -- The 23rd Stuttgart Festival of Animated Film (ITFS) ended with an awards ceremony on Sunday. This year, the program has been even more extensive than in previous years, and while the number of festival partners has increased, the festival has remained true to its initial concept: to present a multifaceted program of top-class animated films to guests from the international animation industry -- and, above all, to the Stuttgart audience. This year’s motto, “Animation for Grown-Ups,” pointed out that animated films cover a broad spectrum of content.

“The decisions made by the jury of the International Competition confirm the tendency in the world of international animation to produce films with socially relevant content,” commented ITFS artistic director Ulrich Wegenast.

The roughly 80,000 visitors of the 23rd Stuttgart Festival of Animated Film again filled the seven cinema halls and the Open Air cinema on Schlossplatz. On the “warm” days, almost 10,000 people filled the Schlossplatz. But even on Wednesday, a day of record-breaking cold, an audience of about 1,000 persevered in front of the Open Air screen to watch The Little Prince. However, cinema attendance benefited from the low temperatures. “At times, we registered an increase in cinema attendance at Innenstadtkinos of up to 20 percent,” Dittmar Lumpp, commercial director of the festival, sums up. 5,000 additional people watched the festival live stream of the Opening and Animated Com Award.

A new addition in 2016 was the Amazon Audience Award; the winner was selected by internet users. The Local Heroes Games Award was also presented for the first time, for the best and most innovative computer game from Baden-Württemberg. Another premiere in 2016 was a special co-production together with the Stuttgart Opera (see the end of this text). Moreover, the festival has never had such a strong presence in the city before, thanks to the activities offered in the Animation Lounge at Das Gerber, the Arab Animation Forum at Stiftung Geißstraße, and especially the world’s largest animation canvas “Wall of Animation” at Breuninger Modehaus on Markplatz, where a colourful world of animation stars was created over the course of eight days of live painting.

So the festival ends on Sunday? No, because a bonus day has been added for the audience in Stuttgart: A live transmission of the opera “Rigoletto” in cooperation with the Stuttgart Opera will once more attract crowds to the Stuttgart Schlossplatz on Monday, May 2 from 07:30 pm. As a warm-up, young and old can enjoy the short film program “Animation Opera” on the huge LED screen.

See below for the full list of Award Winners at the 23rd Stuttgart Festival of Animated Film:

Grand Prix
15,000 EUR, donated by the State of Baden-Württemberg and the City of Stuttgart

The jury statement: The winner of this year’s Grand Prix Award is a powerful record of the strength and cruelty of human nature. With raw and haunting images, the film examines a part of history which should not be forgotten.

The jury statement: The film winning the Lotte Reiniger Award this year is a highly imaginative story straight out of life, with confident direction, excellent timing, great animation, a very good sense of humour, and powerful imagery. It fills its format perfectly. This film holds high promise for the director’s future.

The jury statement: We award the main prize for the best student film to a masterpiece that convinced us with its wonderful animation and perfect narration. The film tells a universal story of love, caring, and self-sacrifice. It allows us to look at society with hope, in a remarkably positive and life-affirming way.

FANtastisc Award
1,000 EUR,donated by the Animation Family, the most faithful fans of the Stuttgart Festival of Animated Film

The jury statement: With simple technical means, our winning film achieves maximum impact. It highlights the many aspects of human existence -- it’s impossible to turn it off. With subtle irony and without a moralising undertone, the film celebrates stereotypes. In the end, we even had a burst of lucidity – and now us fans can bask in the award-winner’s glamour.

The statement of the children’s jury: We have chosen “Alike” because....
…this film is more serious than others. (Joel)
…it is nicer when there are several different paths to take in the world. (Sofia)
…the film could make the world a little better. (Leonie)
…not every film needs to be funny to be a good film. (Stella).
…I liked the way people were portrayed in colours or in grey! (Tim)
…the film doesn’t need any language! (Nik)

Tricks for Kids – Award for the Best Children’s Animated Series

The jury statement: In an animated film, you can go wherever you like and talk about everything. Animals can speak and mountains can hike. The things of the world are condensed into precise visual metaphors. Such as in our favourite film. On an island, in the aftermath of a catastrophe, a girl and boy are living in dark and hopeless times. Their only chance to find a future for themselves is solidarity. With wonderfully creative ideas, the directors made a film with a captivating abundance of styles. They take us along on a journey between heaven and hell, they deeply move us emotionally. And: the film has a great sense of subversive humour.

The next Stuttgart Festival of Animated Film takes place from May 2 to May 7, 2017.