Three-time Oscar nominee is best known for directing the animated cult classic ‘Heavy Metal’ and for his animation work on The Beatles’ ‘Yellow Submarine.’ 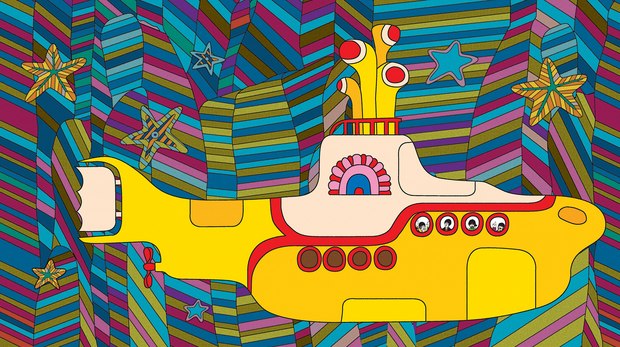 The Flying Animator is an experiential documentary film on the life and career of British director, producer and animator Gerald Potterton, best known for directing the cult classic Heavy Metal and for his animation work on Yellow Submarine.

From humble roots in working-class south London to three Oscar nominations, Potterton has played a key role in many animation milestones of the twentieth century, including as director of the cult classic Heavy Metal (1981). From animating The Beatles’ Yellow Submarine to directing Nobel Prize-winning English playwright Harold Pinter and actor Buster Keaton, Gerald's contribution to animation film has advanced the state of the art and laid the groundwork to the present day.

Potterton has garnered three nominations for an Academy Award for Best Animated Short Film: twice as director on the NFB animated shorts My Financial Career and Christmas Cracker, and once as producer for The Selfish Giant. Now into his eighth decade, Gerald continues to work on new projects including his short film High Flight and TV project The Snowjetters as a freelance director-animator from his home outside of Montreal, where he paints and builds model airplanes.

With unprecedented access to never-seen-before archival material, The Flying Animator will retrace Potterton’s steps from London to Montreal, New York and Los Angeles with candid and intimate interviews of his collaborators and many protégés. The filmmakers at production company Musivision Films have launched a Kickstarter campaign to raise funds to complete interviews for the film, which already include Nelvana co-founder Clive Smith and cinéma vérité veteran Terence Macartney-Filgate.

With 18 days to go, this very worthy campaign has already raised $2,282 from 20 backers towards its $23,010 goal. Campaign rewards include silkscreened t-shirts, autographed copies of Heavy Metal and pencil caricatures drawn by Potterton himself. Head over to The Flying Animator Facebook page to learn more.