The high fantasy scribe also assured fans he’s made progress on his novel ‘The Winds of Winter,’ while hard at work on the franchise’s many in-development series. 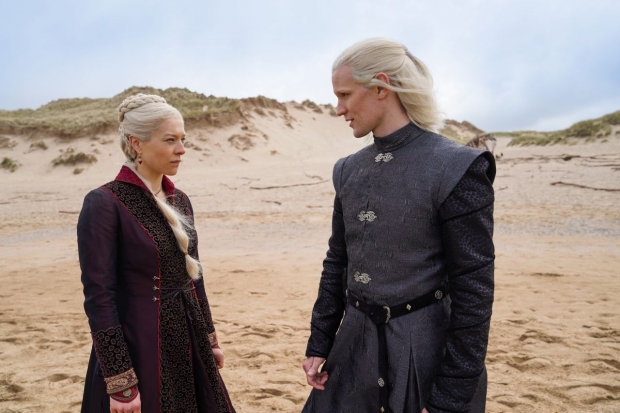 George R.R. Martin has shared some new details with fans about the much-anticipated prequels to Game of Thrones.

Late Wednesday, the author said in a blog post that he is “deeply, heavily involved in every one of the new shows” -- some of which are live-action and one of which is animated, all being produced for HBO Max.

The Nymeria series, which follows a fearsome Dornish warrior-queen, is still titled Ten Thousand Ships. Amanda Segel (Person of Interest) will serve as showrunner, and according to Martin, she has already delivered some drafts.

The Corlys Velaryon series - centered around a renowned explorer and trader - has changed its title from Nine Voyages to The Sea Snake, to avoid rolling out two new shows with numbers in their names. Bruno Heller (Rome) will serve as showrunner.

The Dunk and Egg series will be adapted from Martin’s novellas about a nomadic knight and a younger Aegon V Targaryen, with Steve Conrad (Patriot) confirmed as showrunner. Martin said that its title still has yet to be determined, but The Hedge Knight and A Night of the Seven Kingdoms are top candidates. He also shared his confidence in Conrad to faithfully adapt the source material. “[That’s] exactly what I want. These characters and stories are very precious to me,” he said.

The animated series, which takes place in the land of Yi Ti - modeled after China - is currently titled The Golden Empire. Details on the writer and showrunner have yet to be disclosed.

In the post, Martin told followers about progress on his next novel, “The Winds of Winter.” “I made a lot of progress on Winds in 2020, and less in 2021… but ‘less’ is not ‘none,’” he said, adding that his extensive involvement in the aforementioned shows have taken up much of his time and attention.

Martin also shared his early impressions of a rough cut of the GoT prequel House of the Dragon, on which he serves as executive producer: “What I have seen, I have loved. I am eager to see more.”