Author’s two new promised volumes to close out his famous “Song of Ice and Fire” series may appease large group of fans who despised HBO’s conclusion to the hugely popular ‘Game of Thrones.’ 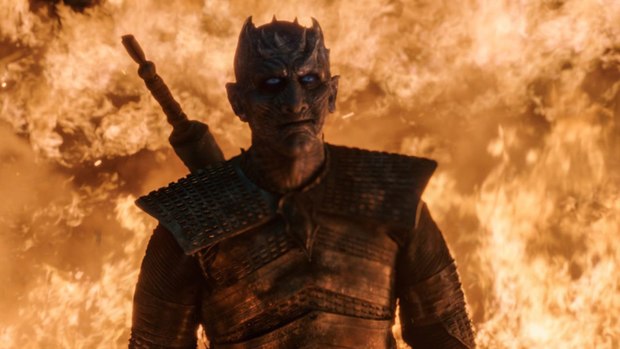 It’s no secret fans are upset with the way HBO’s hit fantasy series Game of Thrones ultimately ended. You know, when Bran "the Broken" becomes King in the Six Kingdoms, Arya materializes out of thin air to kill the Night King, and Dany turns into the Mad Queen and perishes at the hands of her lover/nephew Jon Snow. Yeah, that ending.

However, we may soon find solace in an alternate conclusion; not on the big screen, but in the remaining two unreleased books of George R. R. Martin’s “Song of Ice and Fire” series. The author has hinted that the final two novels, “The Winds of Winter” and “A Dream of Spring,” will deviate from the narrative created by the TV series showrunners David Benioff and D.B. Weiss. Perhaps Martin recognized the tremendous fan backlash and decided to change his tune, especially after that petition with almost two million signatures.

In a blog post last year, Martin promised that the sixth installment, “The Winds of Winter,” would be ready when he arrives in New Zealand for Worldcon (78th World Science Fiction Convention) on July 29, 2020. This remains to be seen, as the author has a dicey reputation for writing delays; don’t forget, it’s been nearly a decade since the fifth installment, “A Dance with Dragons.” Left to wrap up the series with Martin’s guidance sans finished books as source material, Benioff and Weiss gave fans… well, we GOT what we GOT. We hope the 71-year-old keeps to his word, as he himself wrote, “All men must die,” and it would be a shame not to know how the real series comes to a conclusion.