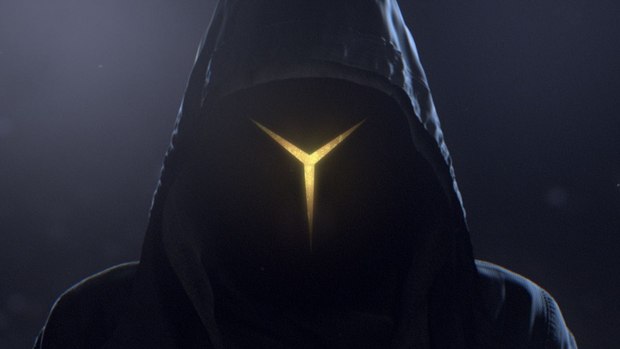 HOLLYWOOD & NEW YORK -- A cinematic new animated trailer for Lenovo’s Legion brand is debuting online and in targeted media outlets all around the world this week. The project was conceived by creatives at Ogilvy & Mather New York in partnership with bicoastal creative production company Gentleman Scholar.

At this year’s Consumer Electronics Show in Las Vegas, Lenovo Legion was launched as a dedicated sub-group for gaming PCs. Continuing to demonstrate how “different makes better,” the brand reached out to its growing community of gamers for input on their specific ideas and needs. The Legion name is one direct result of their input, reflecting Lenovo’s commitment to community engagement and the immersive experiences now represented through its new products, which include the Lenovo Legion Y920, Y720 and Y520 Laptops currently debuting in key markets around the world.

Embracing the brand’s signature spirit of differentiation, Ogilvy New York’s team envisioned treating the debut of Lenovo Legion less like an ad and more like an epic trailer for a videogame. According to executive creative directors Ryan Blank and Mike Hahn, “The idea was to spotlight this community of Legion gamers and to recognize them as what they are -- a force to be reckoned with. In our original script, we found ways to have the action set within scenes that are inspired by popular videogame genres, from puzzle games to RPG empire expansion and first-person shooters.” Additional members of the agency’s creative team behind “A Message from the Legion” include senior art directors Kevin Reilly and Lauren van Aswegen, and senior copywriter Ian Going.

To bring its vision to life, Ogilvy’s executives turned to Gentleman Scholar, which has built a solid reputation for highly inspirational productions spanning from live-action to animation, Virtual Reality and everything in-between. For this 100 percent CGI production, the team was led by creative directors Will Johnson and Chace Hartman. Credit also goes to associate creative director JP Rooney, CG lead Adam Burke, and senior producer Sue Yee Hubbard, among many others.

In the film’s action across 45 seconds, viewers first see a cloaked figure with its face appearing as the glowing Legion logo. In an abstract, darkened world, 3D grids and shapes transform and illuminate, erupting into pristine, pulsating objects that resolve into the distinct Lenovo Legion Laptop and its accessories. Stylishly relating the tale of the Legion from the collective point-of-view, the voiceover commentary states, “We don’t just play the game. We live it,” on its way to concluding, “We are Legion. Join us.”

For the designers, this was a momentous opportunity to create a mysterious world showcasing the heart of these premier gaming products. “Our client and agency partners gave us a lot of creative freedom to interpret the overall brief, and create the cinematic end result,” Hartman said. “The timeline was tight and in the end, everyone was happy with the final film -- which says a lot about the talents of everyone involved.”

In the trenches, the otherworldly visuals were created using a combination of Side Effects Software’s Houdini, Autodesk Maya and The Foundry’s Nuke. “Many of the assets were created in Houdini, which gave our artists the most flexibility for art direction,” Rooney explained. “As one example, we were able to change the shape of the ‘egg’ at any point, and the way that it shattered would update automatically. We also were able to adjust the digital fluid in a similar way to get the exact look we wanted.”

Rooney continued, “We also tried to get our 3D data into Nuke quickly, so we could take full advantage of its advanced compositing features as early on as possible.”

Of course, every major videogame trailer demands a breathtaking score. For “A Message from the Legion,” that is courtesy of composer Xander Rodzinski in tandem with sound designer Marshall Grupp of Sound Lounge. “Music and sound design were imperative for us all, and we were closely involved in shaping the sound and tone for this project from the beginning,” Hartman added. “Hearing Xander and Marshall’s artistry in concert with the picture is a sublime experience.”