5 new episodes from Season 1 continue the iconic director’s tale of an unlikely friendship between a caveman and a dinosaur trying to survive in a violent, primordial world; show renewed by Adult Swim for 10-episode second season. 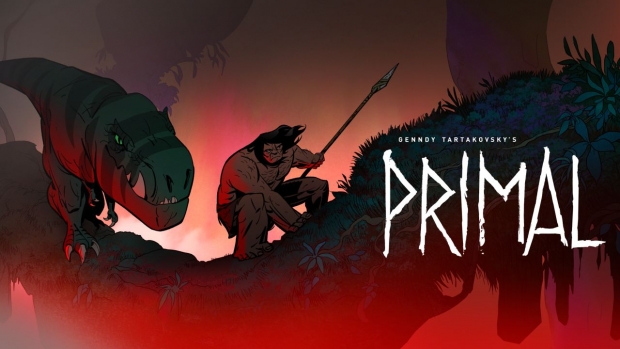 Spear and Fang continue to brave an unforgiving world as Genndy Tartakovsky’s Primal returns October 4th at 11:30pm ET/PT on Adult Swim. The inaugural season’s first five episodes debuted last year; the beautifully 2D animated tale of an unlikely friendship between a caveman and a dinosaur finishes out its first season next month with five new episodes.

Adult Swim has also announced that the series has been renewed for a 10-episode Season 2, though no release date has been shared.

From Tartakovsky, the legendary, award-winning director and creator (Hotel Transylvania, Dexter's Laboratory, Samurai Jack), and Cartoon Network Studios, Genndy Tartakovsky’s Primal is a gripping story about a caveman at the dawn of evolution and a dinosaur on the brink of extinction, told without a single word of dialogue. Bonded by tragedy, this unlikely friendship becomes the only hope of survival in a violent, primordial world. An animated painting come to life, the series features a beautiful story told through mind-blowing sound design, breathtaking animation, and an original score by composer Tyler Bates (Guardians of the Galaxy, Deadpool 2, John Wick) and art director Scott Willis (Monsters vs. Aliens, Hotel Transylvania 3).

You can watch the first five episodes on AdultSwim.com or HBOMax.