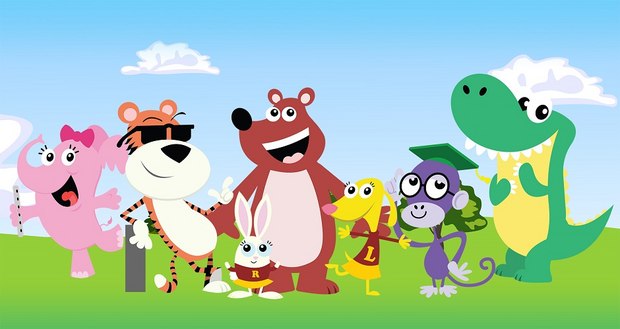 “We are thrilled with all of the new initiatives we have in place for Baby Genius this year and are continuing to develop new avenues for expanding the brand,” commented GBI president Amy Moynihan Heyward in making the announcement. “Todd’s designs and illustrations evoke a sense of fun and spirit that we wanted to incorporate into the Baby Genius characters while maintaining its timeless appeal.  We believe the fresh and more stylized characters will engage and endear children and parents alike around the world.”

The debut of the new character designs follows recent Baby Genius brand re-launch initiatives, including new distribution platforms for the brand.  In April, GBI announced the introduction of a new online streaming service which features the entire Baby Genius content library, giving parents and children the opportunity to create their own playlists and more. The library offers thousands of songs, including classic nursery rhymes, learning songs, seasonal classics and more. Other Baby Genius products, including books, toys and videos are also available for purchase.

Additionally the company also recently extended its agreement with Xfinity TV by Comcast.  Baby Genius, the #1 Xfinity On Demand property on the Baby Boost Channel, is available to Xfinity TV customers and has amassed over 50 million downloads over the past seven years. Xfinity TV allows customers to stream and download exclusive Baby Genius content across platforms, providing unlimited content combination and continuous play.   And currently, select Baby Genius home entertainment titles are available via Netflix.

Self-proclaimed professional doodler, cartoon-type illustrator Todd Goldman has, in a very short time, managed to establish himself as a provocative force within the contemporary art market carving for himself a niche forever known as post-pop art. Goldman's simply drawn, colorful characters are oozing with cutting-edge humor. His art and irreverence captured the attention and imagination of the S2 Art Group, Goldman's exclusive art publisher. Shortly after signing on with S2 in 2004, he had his first exhibition of paintings (acrylics on canvas signed simply "TODD") in the Entertainment Gallery in the Venetian Hotel in Las Vegas, where Goldman showed 96 paintings, of which 87 were sold. Goldman’s first exhibition quickly established a pattern of success for subsequent exhibitions, 10 of which were held during his first year as an artist. Some celebrity collectors of Goldman’s art have been known to acquire as many as five or six at a time.