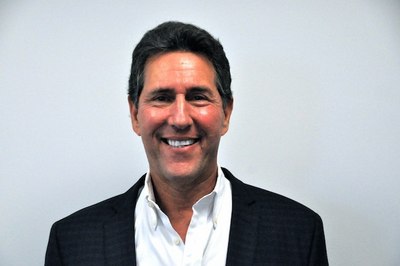 Beverly Hills – Genius Brands International, a global brand management company dedicated to providing entertaining and enriching content with a purpose for toddlers to tweens, continues to expand with the formation of a new global distribution division, and the appointment of longtime distribution executive Andrew Berman to oversee it.  The announcement was made today by Genius Brands International’s Chairman and CEO Andy Heyward, to whom Berman will report.

“Andrew has 30 years of experience in worldwide sales, marketing and distribution of content across multiple platforms,” comments Heyward.  “Andrew’s strategic guidance and long standing relationships with partners across the globe will propel our distribution business as we continue to build Genius Brands International’s content library.”

“I have known and respected Andy for many years and this new position is a great opportunity to work with him directly,” comments Berman.  “The new Genius Brands International is poised for rapid growth, with strong global demand for enriching programming content, and I’m delighted that I will be spearheading efforts to build the company into a children’s media powerhouse.”

Prior to joining GBI, Berman formed and spearheaded the worldwide sales efforts for FremantleMedia Kids & Family Entertainment, where he served as V.P. of Distribution and successfully launched the pre-school series Tree Fu Tom, and the action series’ Monsuno and Mattel’s Max Steel, in the global market.

Prior, Berman ran the North American operations and led the worldwide sales efforts for TMS Entertainment, a distinguished Japanese animation production and distribution company and a subsidiary of Sega Enterprises.

Berman has also served as the Executive VP of Sales for NYSE publicly traded IDT Entertainment, which was acquired by John Malone’s Liberty Media in 2006. In that capacity, he was responsible for forming and managing the worldwide sales division, overseeing  the worldwide sales and distribution for all IDT intellectual property, as well as acquired third party programming, including the Showtime series Masters of Horror and the children’s series, Wow! Wow! Wubbzy!

Berman’s sales, marketing, and worldwide distribution expertise has also been instrumental to other entertainment leaders including Harvey Entertainment, New World Pictures and MGM.

Berman is a graduate of California State University at Northridge with a Bachelor of Arts degree in Radio Television and Film.