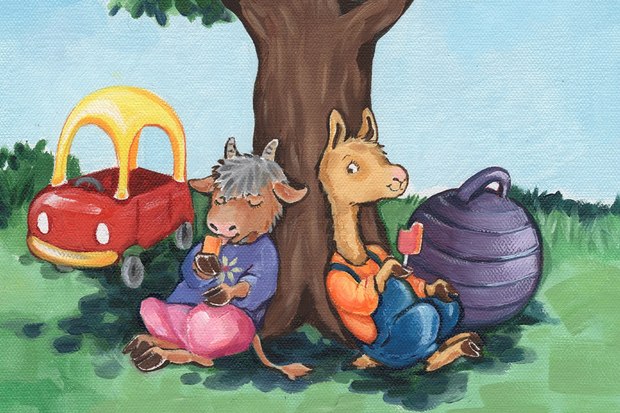 GBI will be creating, for the first time, animated content based on the Llama Llama books for multiplatform distribution.  The book series has previously been adapted for the stage, dance performances and musicals.  Additionally, GBI is developing a global licensing and merchandising program for Llama Llama across a multitude of categories, including toys, games, apparel, accessories, bedding, and healthy snacks and meals which reflect the core values of the brand. The products are anticipated to launch at retail in the U.S. in 2016.

"The Llama Llama books are not only warm-hearted and entertaining but are also wonderful tools that can be used to promote social and emotional learning and development, and the brand fits perfectly with our ‘content with a purpose’ mission,” said Heyward. “We couldn’t be more excited to be given the tremendous opportunity to bring the Llama Llama world to life with the creation of new animated content and a wide range of products that reflect the values of the brand, providing young fans with even more ways to love their favorite friend."

“Llama Llama is a special children’s book property for so many young readers and their caretakers,” says Ken Wright, Viking Children’s Books. “We, along with Anna Dewdney, look forward to working together with Genius Brands as they understand how to translate this unique world that Dewdney has created into a meaningful entertainment and merchandise program.”

"I'm excited to build a new partnership with Genius Brands and Penguin Young Readers! Though this collaboration, young fans will have the opportunity to interact with the world of Llama Llama in a multitude of new and exciting ways,” said Ms. Dewdney. "My main goal is to encourage more children to learn to read, and by providing them with a larger and more diverse Llama Llama universe, I believe we will accomplish that goal.”

With 9.4 million units in print, Dewdney’s Llama Llama books have all been New York Times bestsellers with several titles claiming the #1 spot. Her work has been translated into eight languages.   Praised as a “geographer extraordinaire of the emotional terrain of preschoolers and their mothers” (Chicago Tribune), Dewdney’s soothing tales are synonymous with calming early childhood anxiety.  Llama Llama Red Pajama was chosen as Jumpstart’s Read for the Record book in 2011, setting the world’s record for the most readings of a particular book on one day. Dewdney is an outspoken advocate for literacy and many states and non-profits use her books for literacy campaigns and programs, including the Library of Congress.