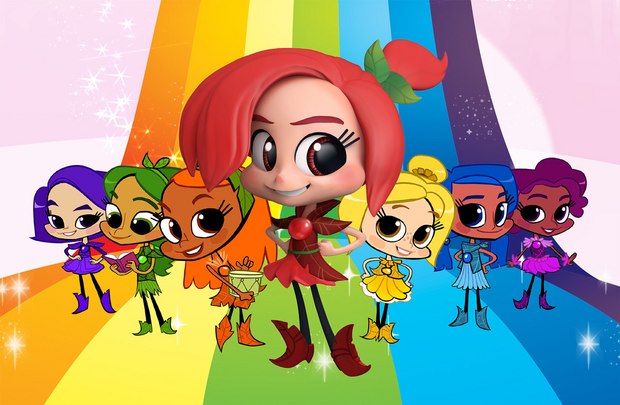 Currently in development on seasons one and two (52 x 11’ episodes), Rainbow Rangers is slated to premiere in 2018 on Nickelodeon’s Nick Jr., along with a comprehensive retail program spearheaded by Mattel’s Fisher-Price Toys as master toy partner. Previously announced licensing partners include H.E.R. Accessories (accessories), Bentex (apparel) and Franco Manufacturing (bedding and home décor).

“The industry’s response to Rainbow Rangers continues to bolster our expectations for this colorful, engaging and empowering series for young viewers,” said Genius Brand’s SVP of Worldwide Consumer Products Lloyd Mintz. “Each new partner and every branded product line we introduce in support of Rainbow Rangers fuels greater interest and ultimately, will bolster what is already anticipated to be a tremendously successful new preschool brand.”

“We’re very eager and excited to align our specialty bags, backpacks and luggage with the positive and empowering message delivered in each episode of Rainbow Rangers,” added Carol Pedelty of Global Design Concepts.

“Like Genius Brands and its positive messaging for children via Rainbow Rangers, we at Handcraft put the emphasis on positive consumer experiences and reinforcing community support. We are very pleased to have been selected by Genius Brands to develop and distribute branded underwear for girls and boys that supports Rainbow Rangers and look forward to a long and successful association,” added Marshall Mizrahi, Vice President of Handcraft.

“Little girls the world over will be drawn to the characters and examples provided by Genius Brands’ Rainbow Rangers, and we want to be associated with those messages of empowerment and possibility,” said Taste Beauty’s Managing Partner Alex Fogelson.

Created as the first mission-based action adventure series targeting preschool girls, Rainbow Rangers is an empowering, exciting, behind-the-curtain peek at the lives of Earth’s First Responders whose mission is to help protect the earth’s environment and its animal inhabitants. The series seamlessly blends fantasy and action-adventure with relatable, accessible stories about friendship and saving the environment.

The Rainbow Rangers -- seven girls, each a different color of the rainbow with her own wildly unique personality and special power -- band together to save the day whenever there’s trouble for the animals or natural wonders of Earth. Every storyline is designed to show young viewers the importance of working together and that actions both big and small can make the world a better place.